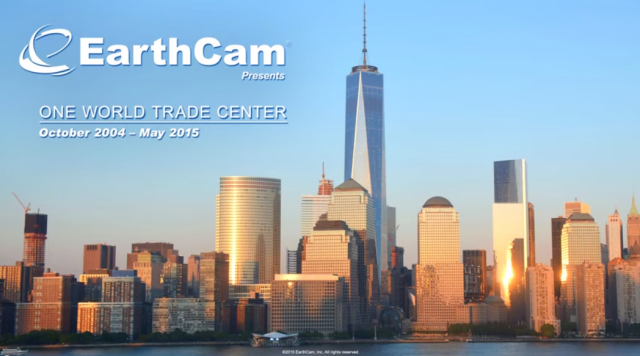 In recognition of the opening of One World Observatory in New York City, we have released a special edition of our One World Trade Center video. Watch and share this commemorative time-lapse showing the building progress from October 2004 to Memorial Day 2015. Over the past 11 years, EarthCam’s construction cameras captured hundreds of thousands of high definition images and our Creative Team hand-edited the footage to create this exclusive movie.

Produced and Directed by Brian Cury, EarthCam’s CEO & Founder, “It’s our mission to continue to document this for future generations, so people can see what it took to rebuild these important 16 acres.”

Don’t forget to check out my “Webcams From Around the World” page which features different EarthCam webcams!