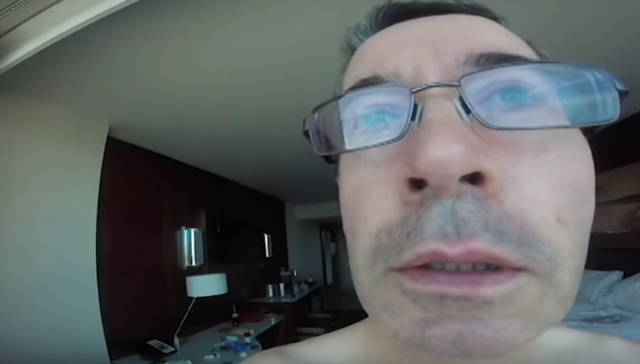 So, Evan Griffin gave his dad, Joseph P. Griffin, a GoPro camera to take on his trip to Las Vegas (from his homeland of Ireland). A cool thing to do, except Joseph filmed his ENTIRE vacation with the video camera turned in the wrong direction! (Though, after seeing the resulting video, I think it’s 100% the RIGHT direction!)

Watch some of the unintentionally hilarious footage he accidentally captured!! The video is called, “Irishman in Vegas.”

Evan reports on YouTube that the GoPro Hero camera is “no longer with us,” as his dad  “took it swimming without the waterproof case on.”