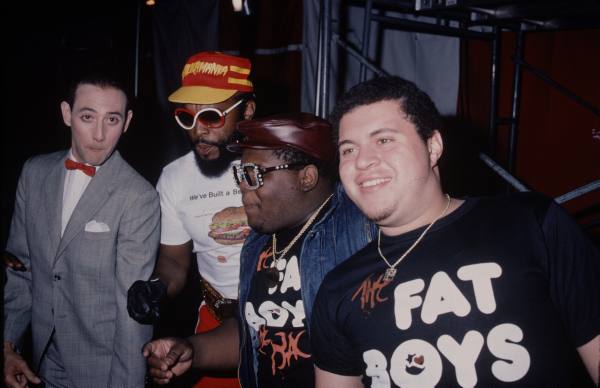 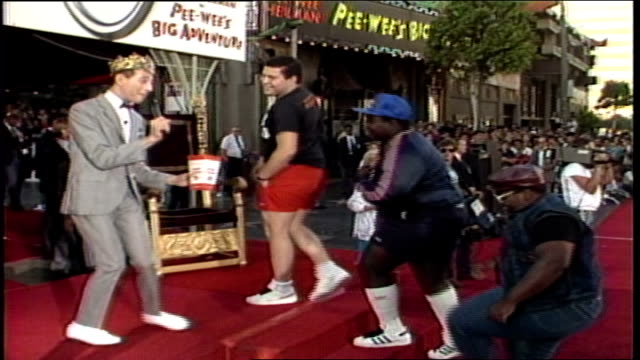 I just heard that Mark ‘Prince Markie Dee’ Morales of the pioneering group the Fat Boys has passed away. One day before his birthday. I loved the Fat Boys and had the privilege of meeting Mark, along with the other two legends of their trio, Darren and Damon, in the 80’s right after the release of their first album, when we were all starting out. We had loving goofiness and comedy in common. I loved their music, the beatboxing and how funny they all were.

I invited the Fat Boys to the premiere of Pee-wee’s Big Adventure and to my complete delight, they attended. They rapped before the movie began, out in front of Grauman’s Chinese Theater and when the film was over, they came to the after-party on the roof of the building next door and rapped some more. They were just getting ready to make the classic movie Krush Groove, with Sheila E, Kurtis Blow and Run-D.M.C. They came to my premiere with the films’ director Michael Schultz and joked and hung around with Mr T.

Prince Markie Dee loved life, fun and being happy. I admired him very much. His talent was huge, and his future was limitless. I bet there’s some serious hip-hop going on in Heaven right now. He had a smile that was incandescent, which perfectly matched his personality. Rest in Peace, your highness. ❤️ #pioneer #legend #icon #waytoosoon #unforgettable