Here’s a little interesting piece of pop culture history that want to share with you all! Did you know that McDonald’s once ripped off Sid and Marty Krofft’s TV show of live-action, life-sized puppets, H.R. Pufnstuf? 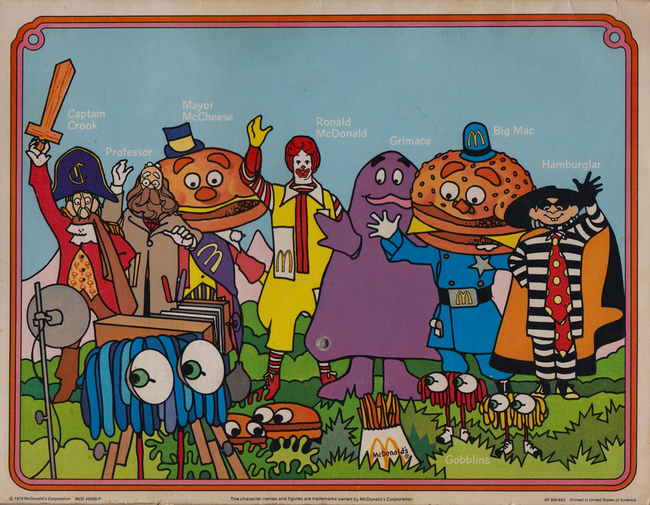 Back in the early 1970s, McDonald’s ad agency consulted with the Kroffts’ about doing an ad campaign called McDonaldland that was similar in look and feel to H.R. Pufnstuf. McDonaldland’s characters would be adaptations of the ones from the Kroffts’ popular Saturday-morning show.

The quality of this video isn’t very good but it shows the trippy McDonaldland TV commercial from 1971, which I think you will agree looks A LOT like the Kroffts’ H.R. Pufnstuf:

Get yourself ready for a trip through McDonaldland,
Take along a friend and grab ahold of Ronald’s hand,
Follow Ronald McDonald through the land of apple pie trees,
and don’t be surprised if you meet Big Mac and Big Cheese.
There are thick shake volcanoes, you’ll even find a french fry stash
Now just turn around and see if you won’t find a hamburger patch
as you’re heading for…A McDonald’s…in McDonaldland. 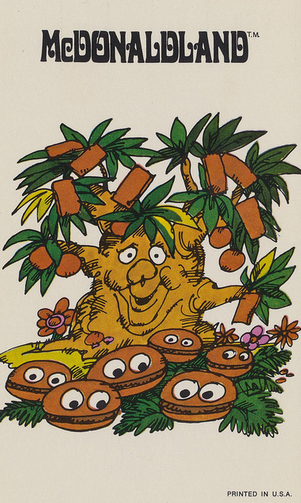 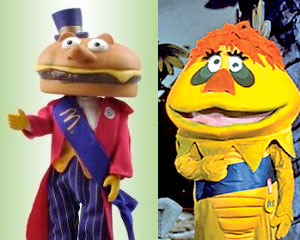 “According to Hal Erickson’s book Sid and Marty Krofft, the ad men asked the Kroffts some pretty specific questions about their creative and technical processes, right down to what fabrics they used and how they got the characters’ mouths to move.”

In short, the Kroffts’ were told the campaign was cancelled, but, in 1971, the McDonaldland commericals began to air. So, they sued and won.

“The Kroffts sued McDonald’s for ripping off their idea and technology, and the legal battle stretched until 1977. …In the end, the Kroffts won $50,000, and according to Erickson’s book, ‘have regularly collected checks from McDonald’s, while the hamburger people have done their best to keep the particulars of the case out of the public’s earshot.'”

“McDonaldland itself, as it was depicted in the commercials, was a magical place where plants, foods, and inanimate objects were living, speaking characters. In addition to being the home to Ronald and the other core characters, McDonaldland boasted a theme park of “Thick Shake Volcanoes”, anthropomorphized “Apple Pie Trees,” “French Fry Bushes” (where McDonald’s French Fries grew from bushes), “The Hamburger Patch” (where McDonald’s hamburgers grew out of the ground like plants), “Filet-O-Fish Lake”, and many other fanciful features based around various McDonald’s menu items. In the commercials, the various beings are played by puppets or costumed performers, very similar to those used in the popular H.R. Pufnstuf TV show.”

H.R. Pufnstuf is a lot of fun, as are all of the Krofft brother’s creations. You can get the complete series on DVD: 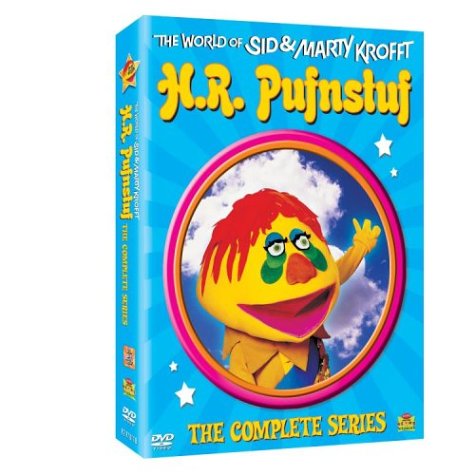