This is pretty wild!!

A woman in Japan was given one dozen eggs by her Mom. She hard-boiled all twelve of them and found out that each egg had TWO YOLKS!!! 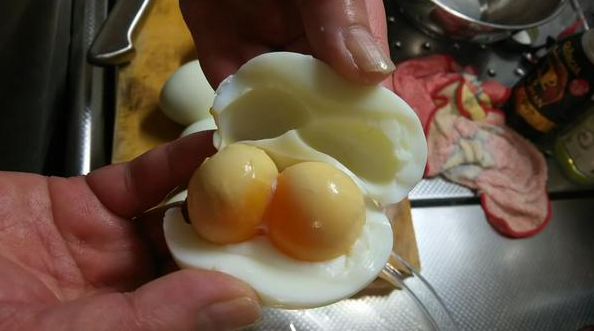 YES! Every single egg in the entire dozen had TWIN YOLKS inside!! 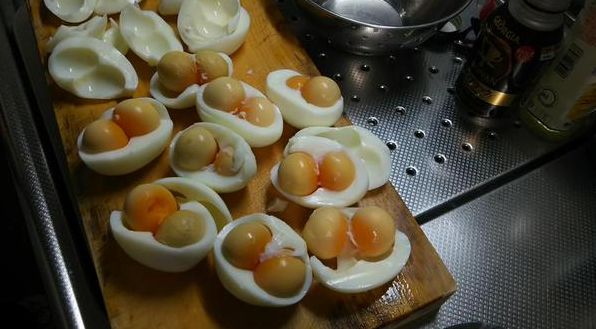 How is this possible?? Well, there’s an explanation a commenter made over at Serious Eats that makes a lot of sense:

“Hens lay on average, one egg every day.When they are new to egg-laying, they do so less frequently, probably because their bodies arent quite in sync yet. The egg production doesn’t always happen at the same rate as shell production. That means, if they aren’t laying (i.e. making shell) as fast as the egg part is being produced, their eggs are going to be double-yolk. This means they will lay bigger eggs.Since eggs are sorted by weight, Jumbo eggs tend to have double-yolks more often.”

And RocketNews24 reports that:

Double-yolk eggs taste just the same as single-yolks ones, and some people actually feel lucky to discover one. Not everyone is left with such a positive impression, though. Some shoppers find them kind of gross, and so to avoid shocking their more sensitive customers, egg farmers generally remove them from any batches before they’re shipped to market…”

But they didn’t in this case!!

Have you ever seen a double-yolked egg before??

What about a TRIPLE-YOLKED one? 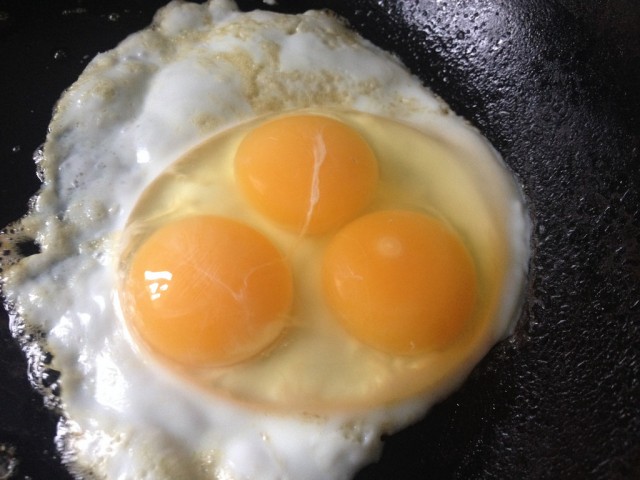 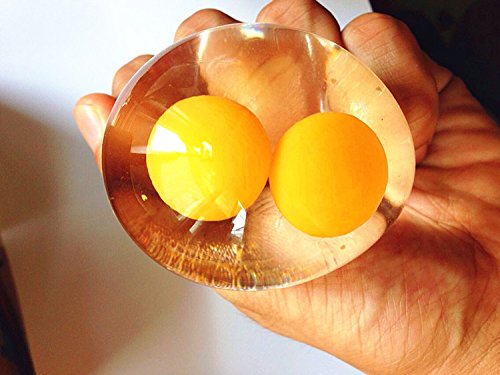