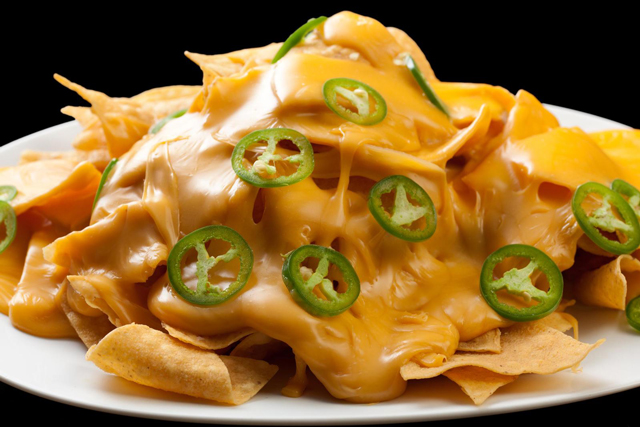 Here’s the history of NACHOS!

It’s said that Anaya, a Mexican from the border town of Piedra Negras, inadvertently invented nachos 70 years ago in 1943 when hungry guests showed up at the Victory Club, the restaurant he was working at across the Rio Grande River from Texas. The dozen or so patrons were the wives of American soldiers who had been shopping in town and were now looking for some sustenance.

As the maitre d, Anaya found himself without a chef so he decided to rustle up something tasty for his guests. The only foods available in the kitchen were tortillas and cheese. He began making the dish by cutting the tortilla into triangles. The cheese was then melted by heating it together with the triangular chips. He topped the dish with jalapeno peppers to complete the first-ever recipe of Nachos Especiales otherwise known as Nacho’s Special Dish.

Anaya, who was called Nacho because of his short stature, created a dish that would grow in popularity in Texas and the Southwest over the next 20 years. Anaya went on to work at the Moderno Restaurant in Piedras Negras, which still uses the original recipe. He also opened his own eatery, Nacho’s Restaurant, in the border town.