This is Henry. After watching reruns of Pee-wee’s Playhouse with his mom for a year or so, he decided he wanted to be ME for Halloween!!

With my favorite scooter helmet and everything!! 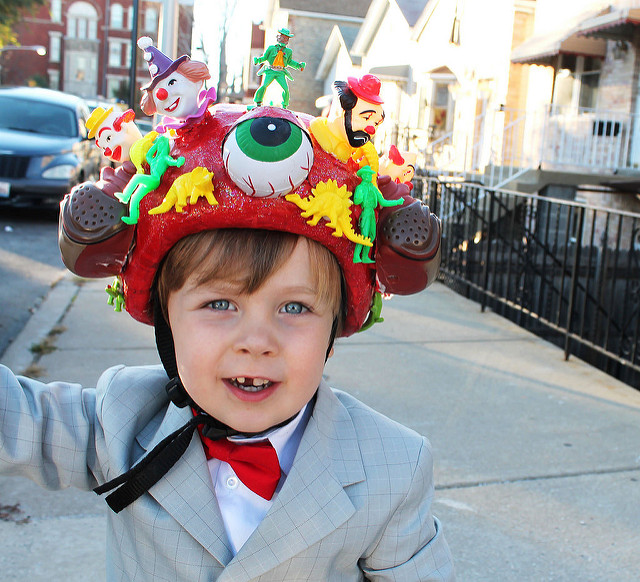 So Henry’s mom, Abbey Hambright, started researching what toys were on my favorite helmet…

And bought a box full of them!! 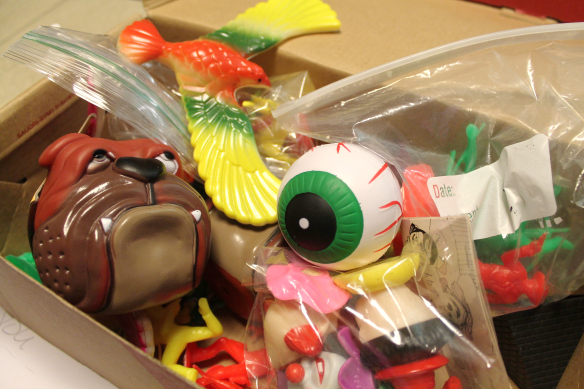 “Henry had a bike helmet that he’d almost outgrown that we decided would be a good base for his headpiece. Though it was already red, I thought that trying to glue toys onto the slick surface probably wouldn’t work very well, so step one was covering the top in papier mache…From there, I painted a few coats of red paint and started gluing. Gorilla Glue is great for sticking weird things like this together…”

VOILA!! Here is Henry on his scooter as me!! Doesn’t he look AWESOME?! 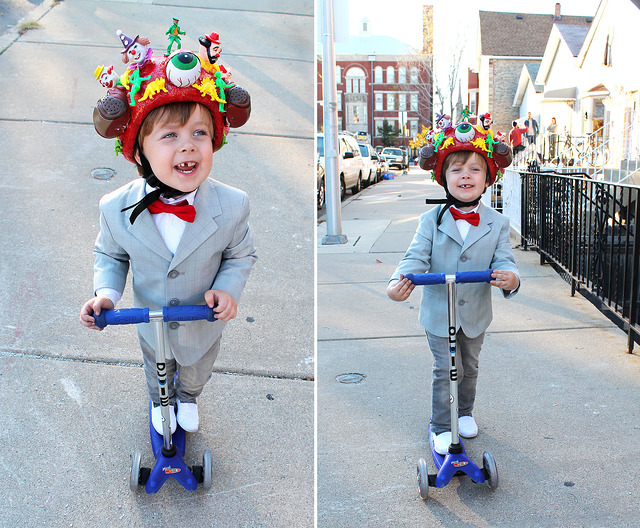