I think we can all agree that Bubble Wrap is both lots of fun to pop and a great packing material. But did you know that it was originally supposed to be wallpaper?

In 1957, Bubble Wrap was accidentally invented in a New Jersey garage when engineers Alfred Fielding and Marc Chavannes sealed two shower curtains together. They were trying to create a textured wallpaper when air bubbles formed between the two pieces of plastic. It didn’t pan out as wallpaper, but they found it useful as a lightweight insulation for greenhouses. As we now know, their creation was destined for something bigger. 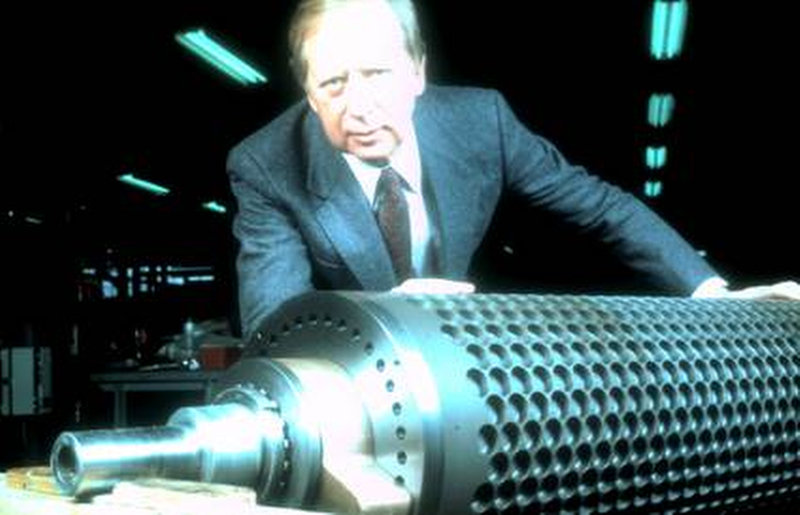 In 1960, the inventors formed the Sealed Air company.

A few years later, an alternate use for their failed 3D wall covering was found by a marketer at Sealed Air, Frederick W. Bowers. When IBM announced their new 1401 computers, he thought this “wallpaper” would be a great way to protect these business machines in transit. So, he pitched the company on the protective qualities of the cushioned sheets and the rest is history!

In July 1964, Chavannes had patented the air-filled plastic sheets as a “laminated cushioning material.” 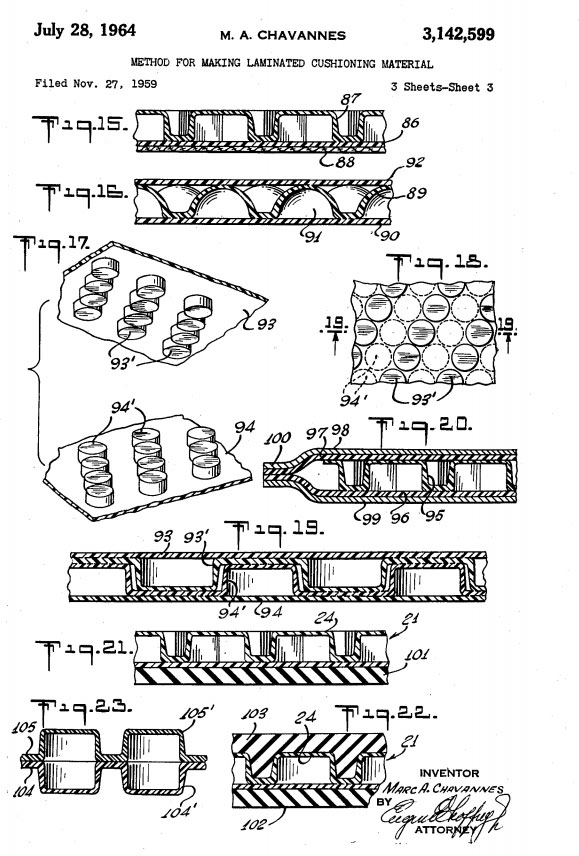 Since 1964, of course, we have invented other uses for Bubble Wrap.

For instance, we WEAR it: 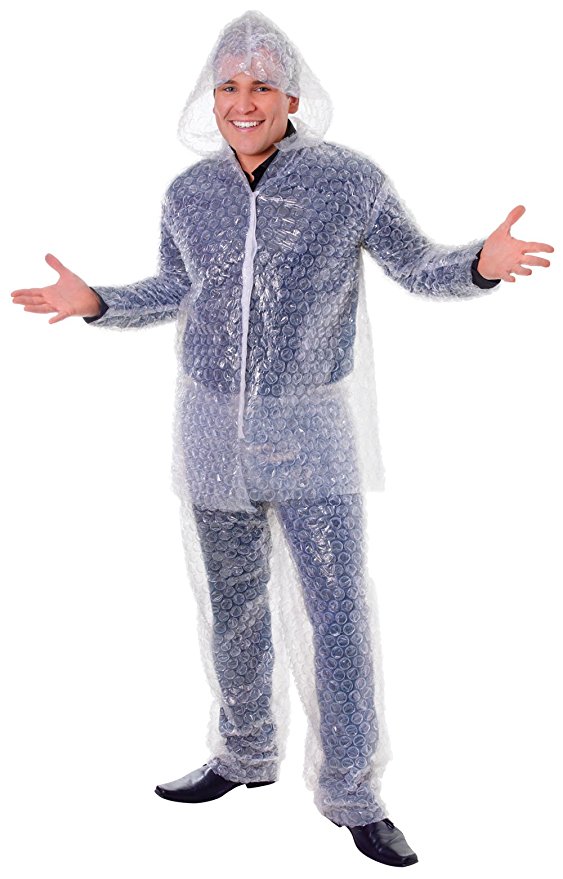 This Bubble wrap suit is available for $21.

We pop it with our bike wheels:

We use it as a giant poppaple calendar: 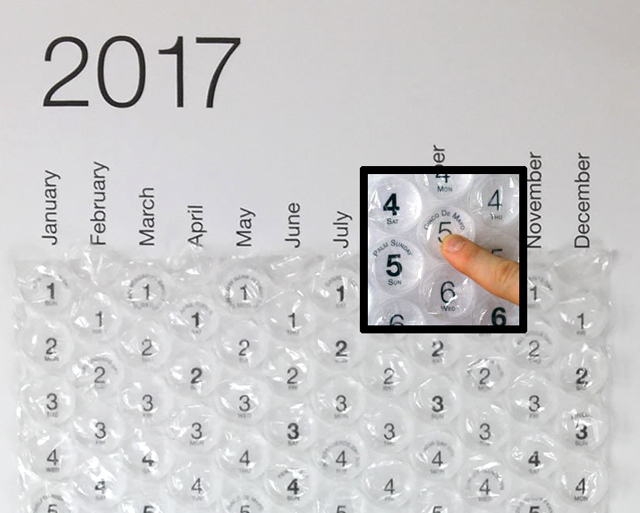 We take out our anxiety with it: 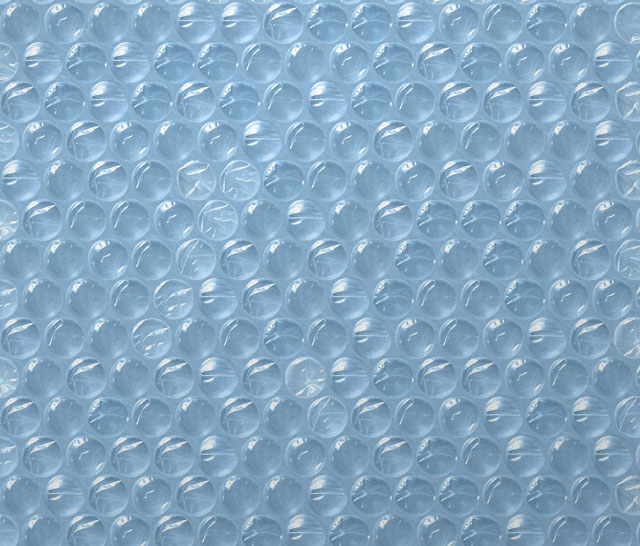 Today, Bubble Wrap is a $400 million a year industry! What a happy accident! 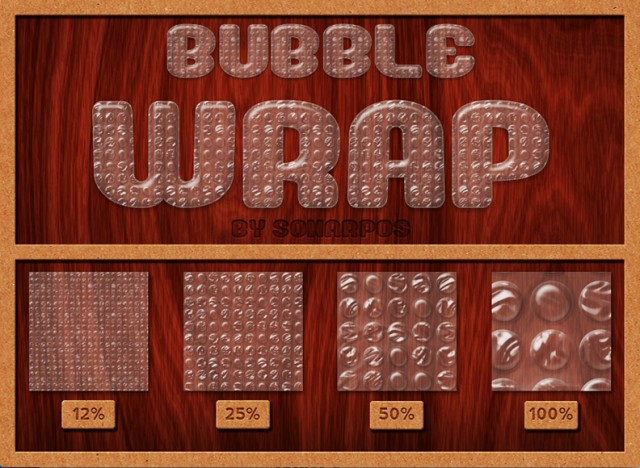