Since 1887, on each and every February 2, a rodent has been predicting the weather! Unless you’ve been living in a hole, you know that the rodent is a groundhog named Punxsutawney Phil and that today is Groundhog Day!

On this day, if Punxsutawney Phil Sowerby (his full name) sees his shadow when he emerges from (and quickly returns to) Gobbler’s Knob, his special hole near Punxsutawney, Pennsylvania, the forecast is six more weeks of winter!! 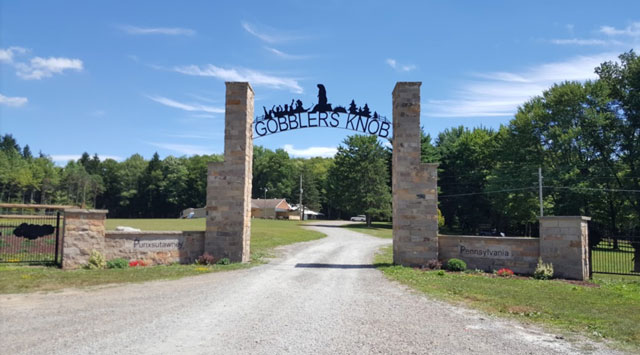 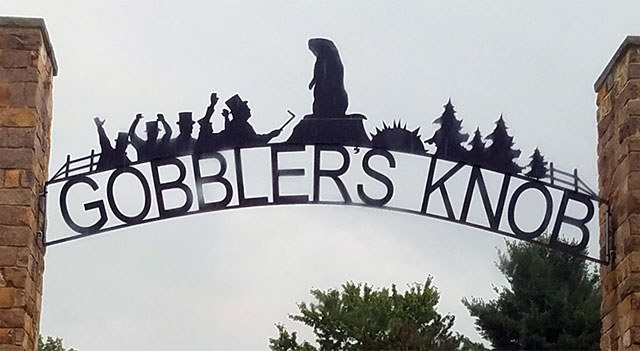 This was shot early this morning during the annual Groundhog Day festivities at Gobbler’s Knob. Spoiler alert: Bundle up because Phil saw his shadow this year which means six more weeks until spring! 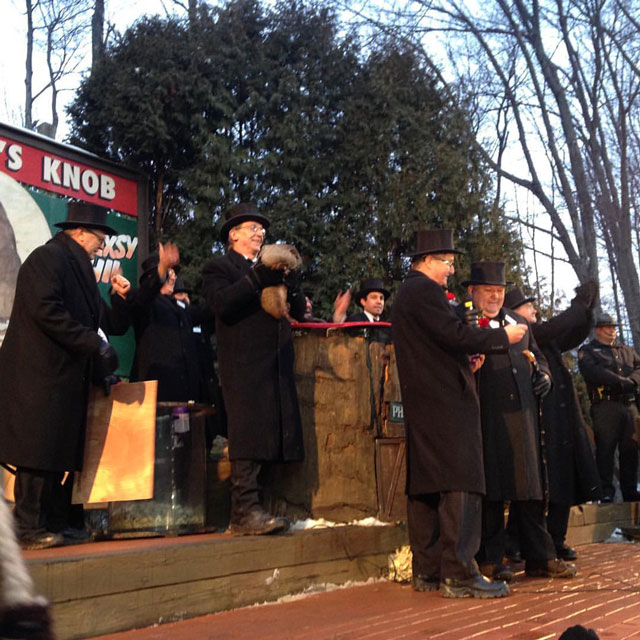 This group of men in top hats and tuxedos call themselves the “Inner Circle” and they are responsible for the care and feeding of Punxsutawney Phil all year round. They are also in charge of organizing the annual Groundhog Day event! By the way, only 18 early springs have EVER been predicted!! 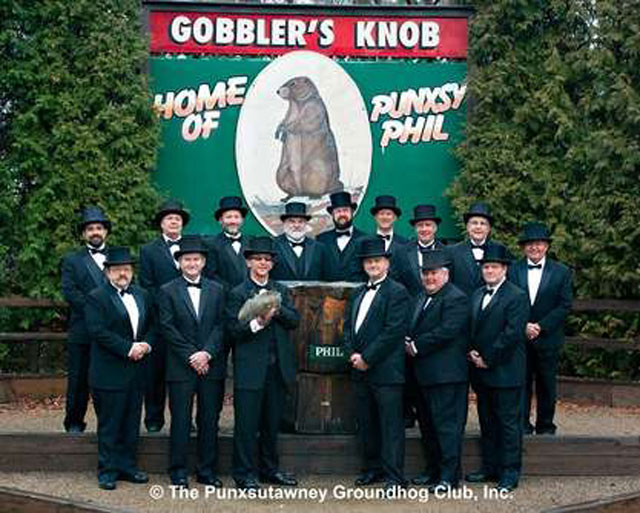 Early this morning, as per tradition, they recited the poem which revealed the forecast:

Is it more winter or is it spring that you’re craving?

Since you’ve been up all night and starting to tottle,

I, Punxsutawney Phil, shall not dawdle,

My faithful followers, I could clearly see a beautiful, perfect shadow of me.

Six more weeks of winter, it shall be!” 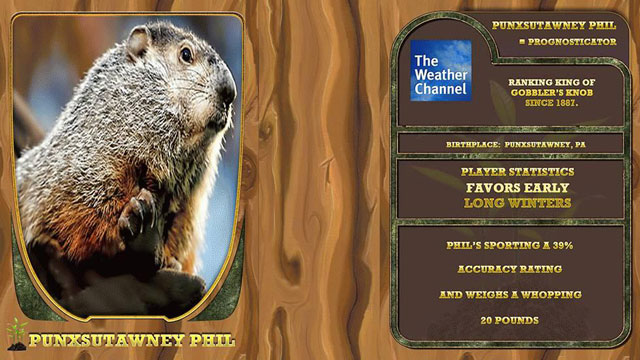 image via The Weather Channel 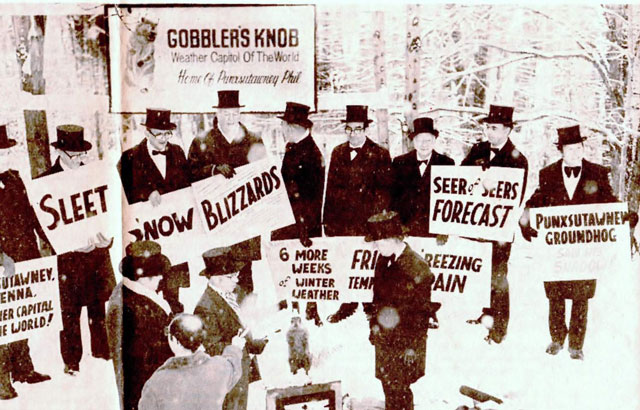