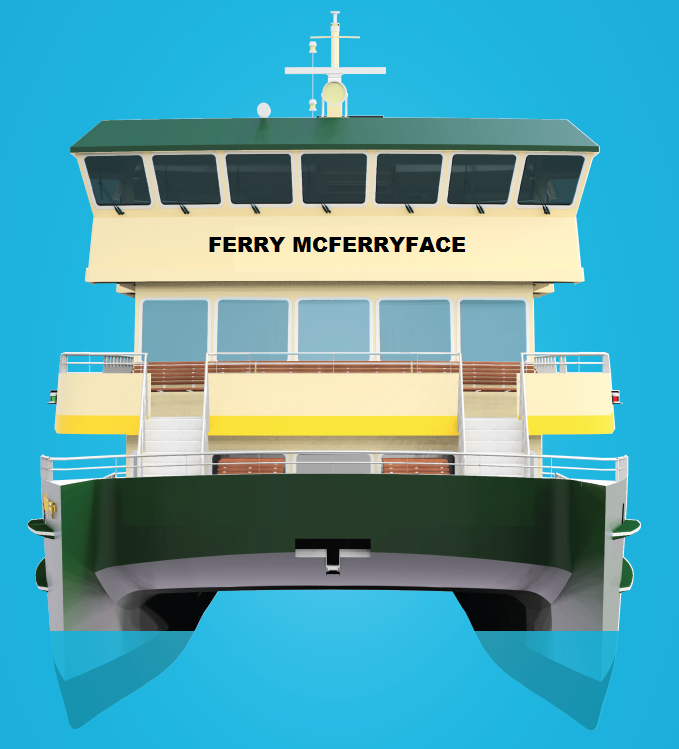 First there was the British research vessel named Boaty McBoatface. Then there was the racehorse, Horsey McHorseface. Earlier this year an express train in Sweden was given the name, Trainy McTrainface.

Well, NOW there will be a new ferry in Sydney, Australia’s harbor with the crowdsourced name of Ferry McFerryface!!

The government agency behind the ferry, Transport for NSW, writes on Facebook that it’s “Not a joke.”

I, for one, approve of this naming system!