Check this out: In a West Michigan orchard, ice formed around apples rotting on the vine, then the rotting flesh of the fruit dropped to the ground and formed… GHOST APPLES!! 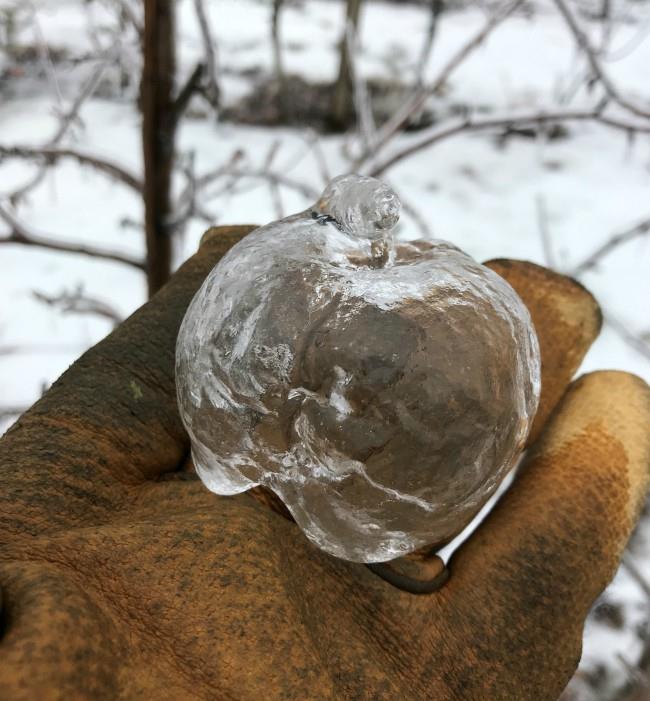 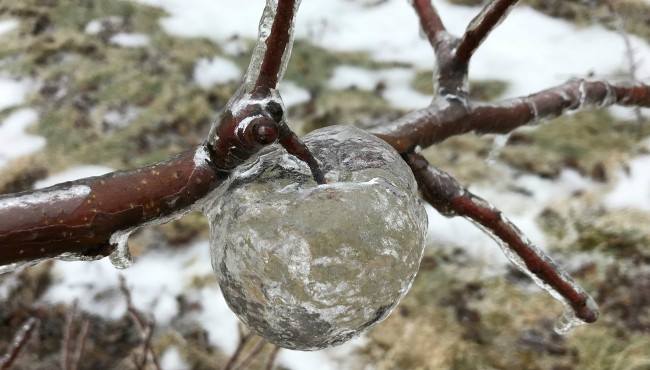 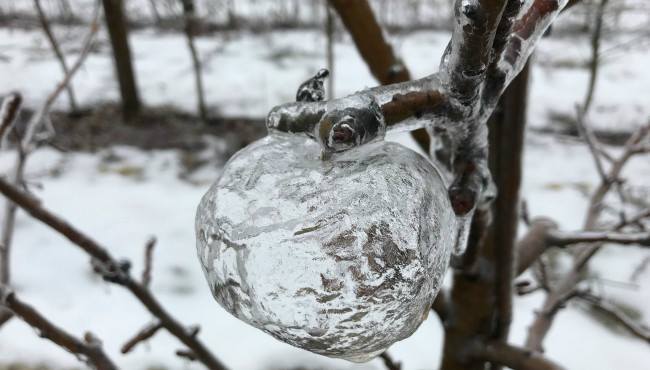 Here’s how these “ghost apples” happened, as explained by the man who found them:

Andrew Sietsema sent in photos of the hollow ice apples to ReportIt late Wednesday night. He said he came across the interesting formations while pruning apple trees earlier that day.

Sietsema said the freezing rain coated rotting apples, creating a solid icy shell around them. When he pruned the trees, they would shake, causing many of the frozen apples to fall off, ice and all. However with a few of them, the mush slipped out of the bottom of the ice casing, leading to a “ghost apple.”

Sietsema the temperature provided the perfect recipe: it was cold enough for the ice to remain, but warm enough for the apples to turn to complete mush, since apples have a lower freezing point than water.

Sietsema said Jonagolds are one of his favorite apple varieties, “but we’ll call these Jonaghosts.”