This is incredible! In Erie, Pennsylvania, a rare half-female, half-male cardinal was spotted!! 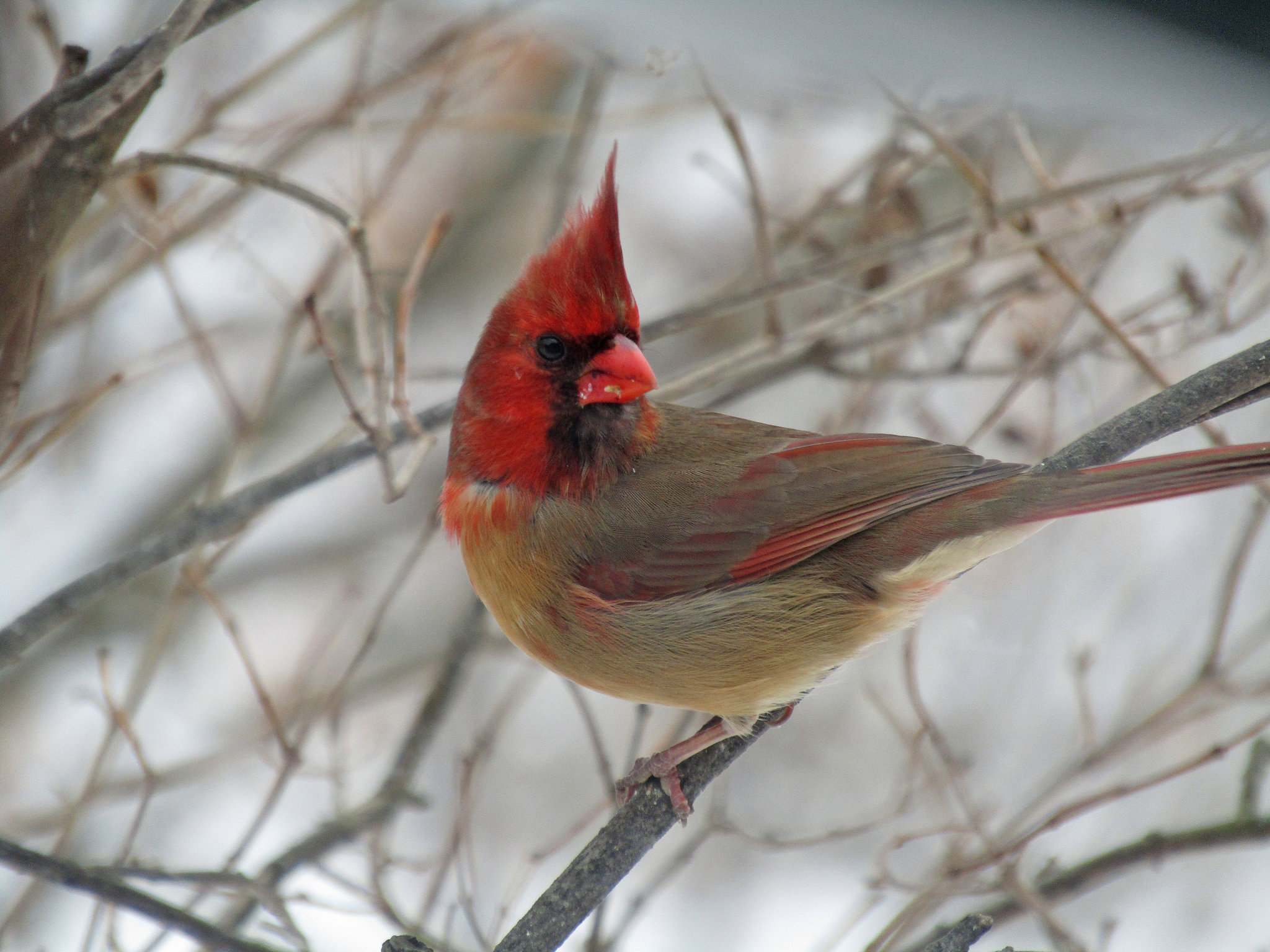 The New York Times reports on the special bird:

A bird hopping outside the window lately is the strangest that Shirley and Jeffrey Caldwell have ever seen.

Its left side is the taupe shade of female cardinals; its right, the signature scarlet of males.

Researchers believe that the cardinal frequenting the Caldwells’ bird feeder in Erie, Pa., is a rare bilateral gynandromorph, half male and half female. Not much is known about the unusual phenomenon, but this sexual split has been reported among birds, reptiles, butterflies and crustaceans.

No one can be sure the bird is a gynandromorph without analyzing its genes with a blood test or necroscopy, but the split in plumage down the middle is characteristic of the rare event, according to Daniel Hooper, an evolutionary biologist at the Cornell University Lab of Ornithology.

via Nag on the Lake