The American flag is celebrating its 242nd birthday today!! 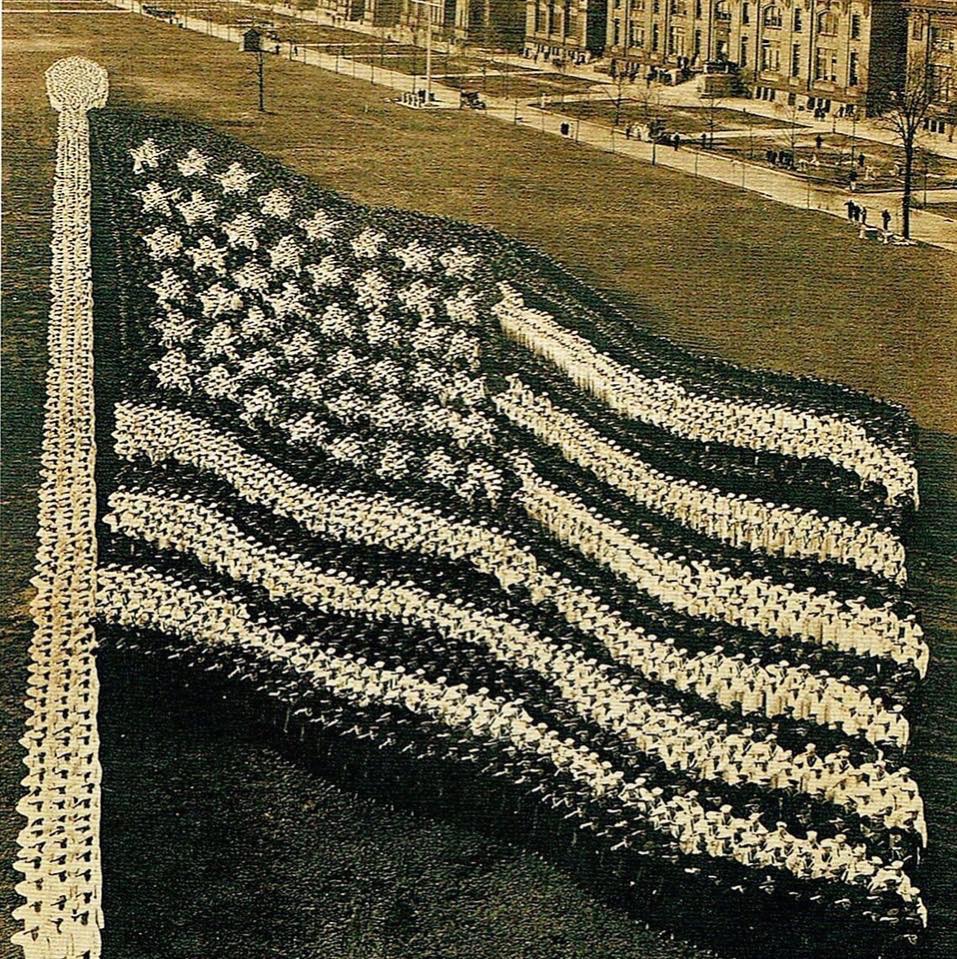 Resolved, That the flag of the United States be thirteen stripes, alternate red and white; that the union be thirteen stars, white in a blue field, representing a new Constellation.

Since 1847, Annin Flagmakers has been making flags in the United States. It’s a sixth-generation family business!

Here’s a look inside the Annin flag factory in Coshocton, Ohio: 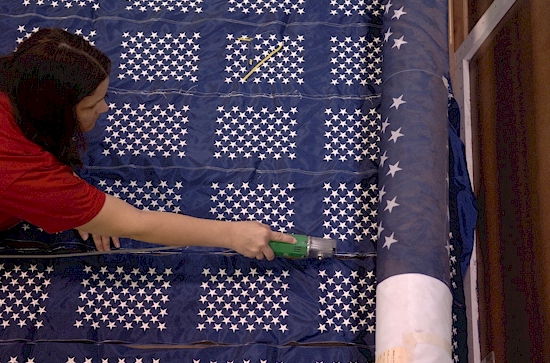 “Tens of millions” of stick flags are made in this factory every year. 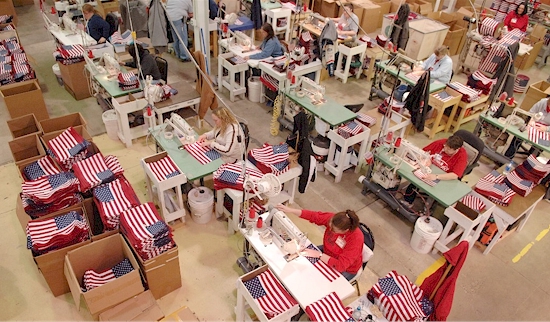 “Infielding” is the term Annin uses for joining stripes to fields. 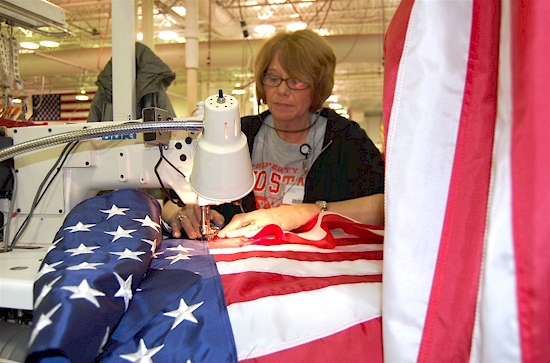 At the Annin flag factory in Cobbs Creek, Virginia they can make hundreds of star fields simultaneously using these giant embroidery machines! 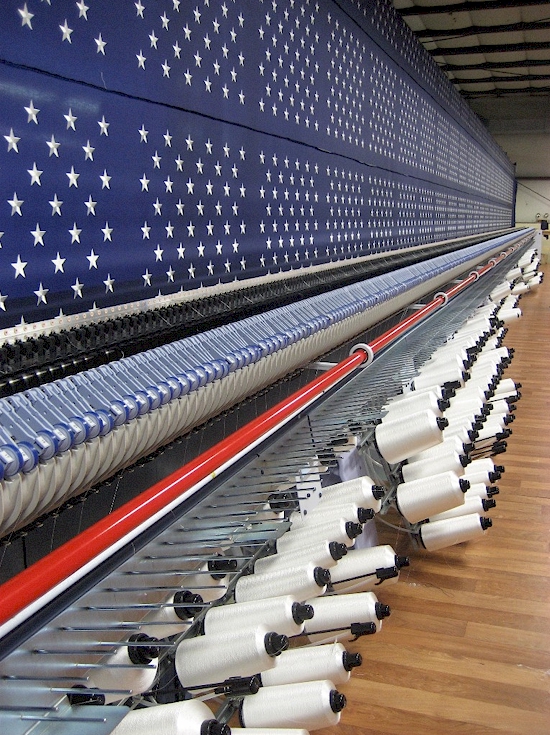 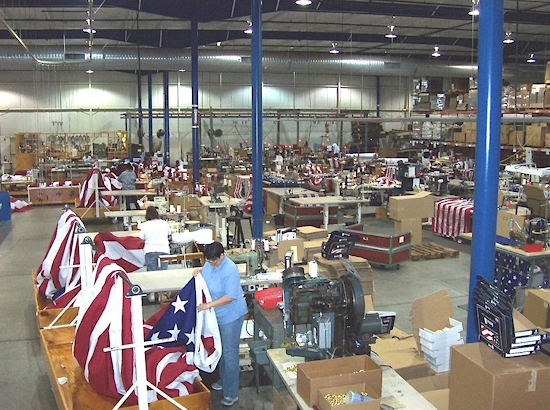 WATCH THIS, it shows how flags are made — really cool!:

You can buy flags by Annin online!!