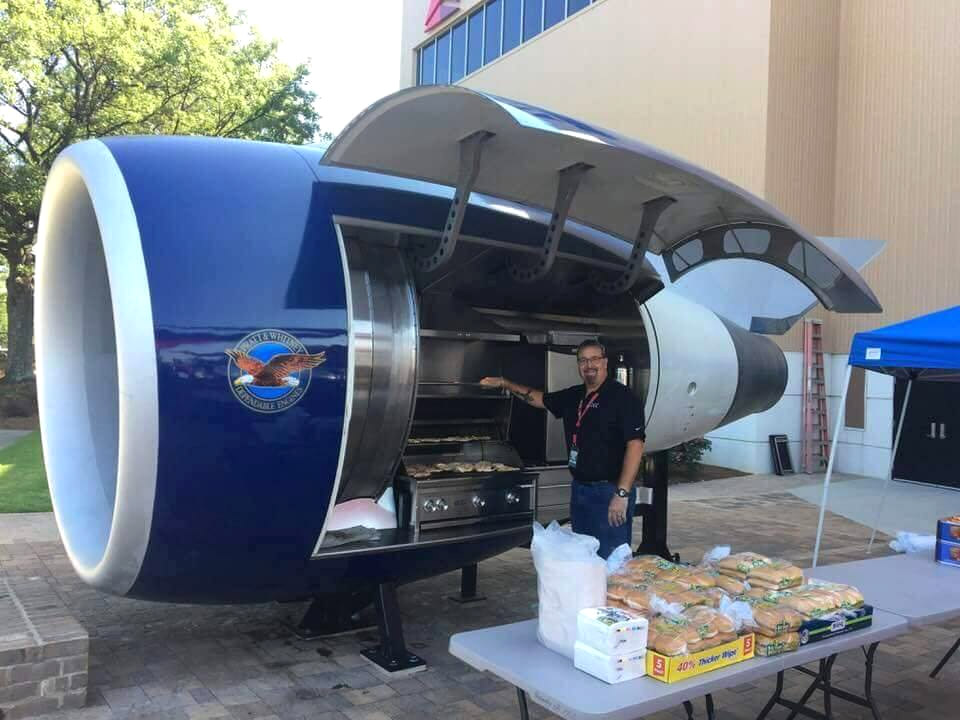 Now THIS is a BBQ grill!

When the folks at the Delta Air Lines Operations Control Center in Atlanta, Georgia want to start up their meat-grilling engines, they just light up an actual jet engine!

The grill was built by the Delta Airlines TechOps team in Atlanta, Georgia, using scrap parts from a Pratt & Whitney PW2000 jet engine from a 757. Both sides of the engine can open up to reveal a grill and workstation, and each side has its own cooking station 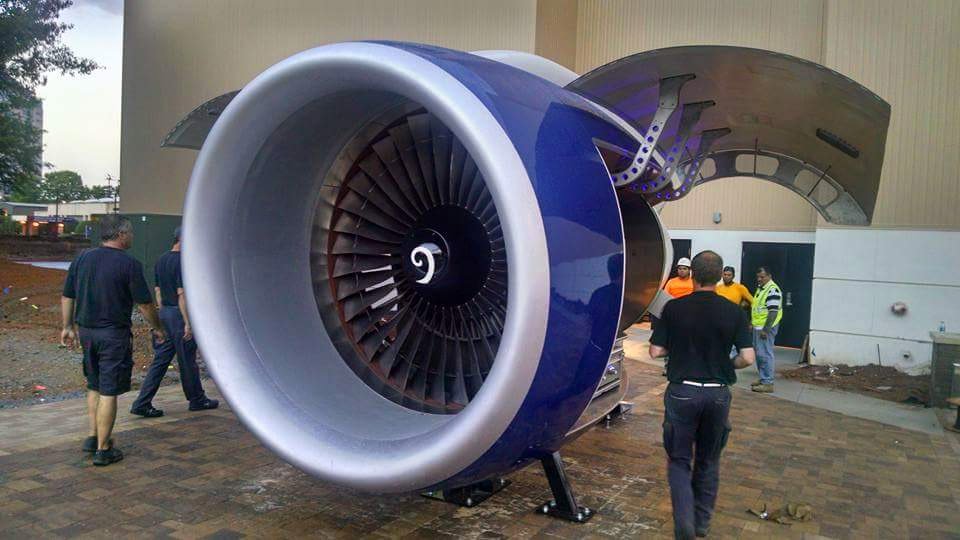