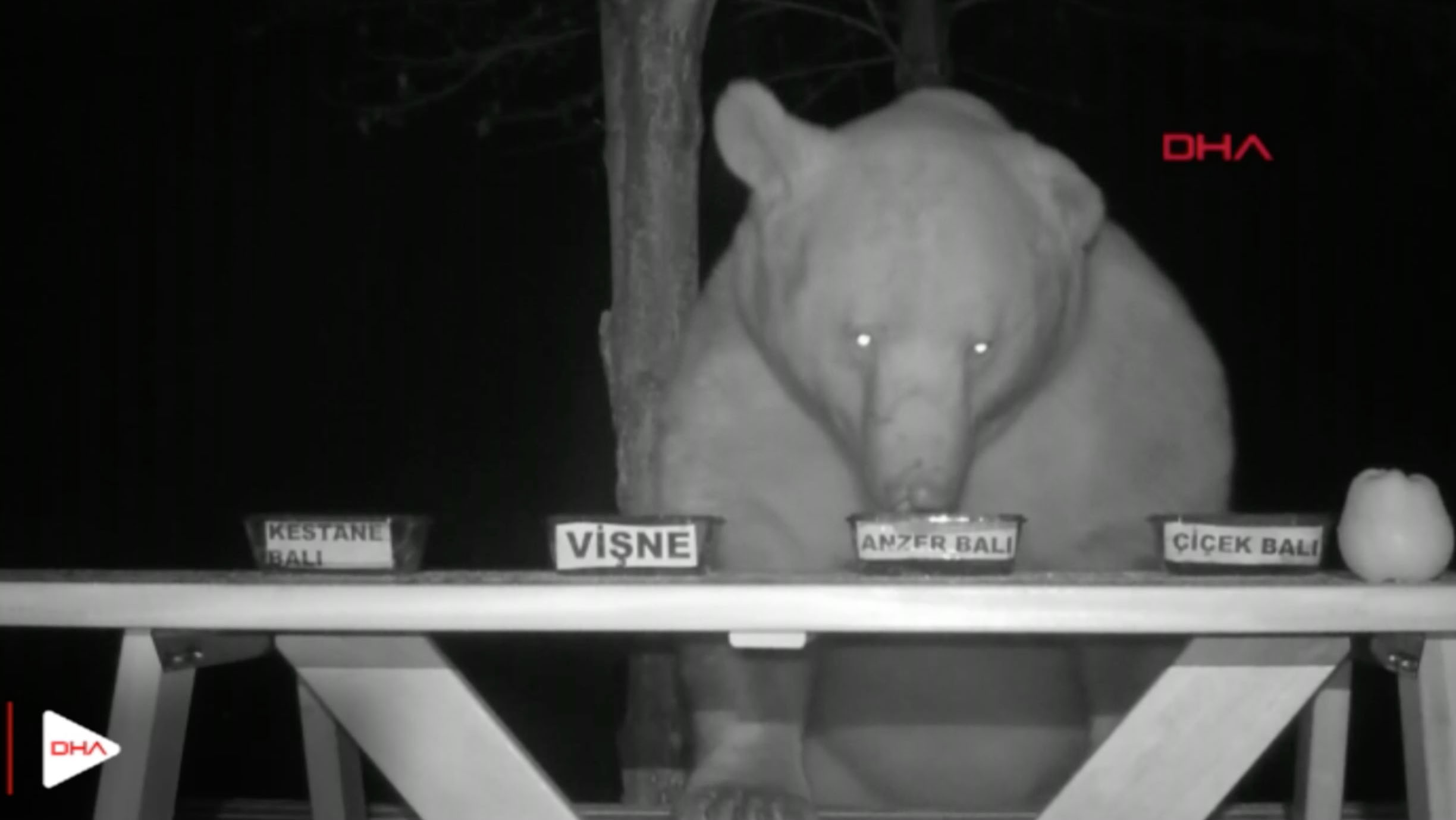 A Turkish beekeeper was tired of a bear tearing apart his hives to get a taste of honey. So, Ibrahim Sedef took matters into his own hands and put the bear to work for him, as a HONEY TASTE TESTER. He even set up a wildlife night vision camera to catch the bear in action!!!

To protect the hives, he tried to secure them by putting metal cages around them. Sedef also tried leaving food such as bread, fruit, and honey in an attempt to prevent bears from treating themselves to snacks directly from the hives. However, that didn’t work well and some hives still got damaged…

The beekeeper set up a table with 4 kinds of honey for the bears to feast on. He wasn’t disappointed with the result. As it turns out, bears have quite an expensive taste…

Sedef told DHA that bears were drawn by the smell of Anzer honey as they always tasted it first, sometimes without even touching the cherry blossom honey.

Apparently, two pounds of Anzer honey sells for OVER $300! WOW! No word on how he got the bear to stop eating the honey though!