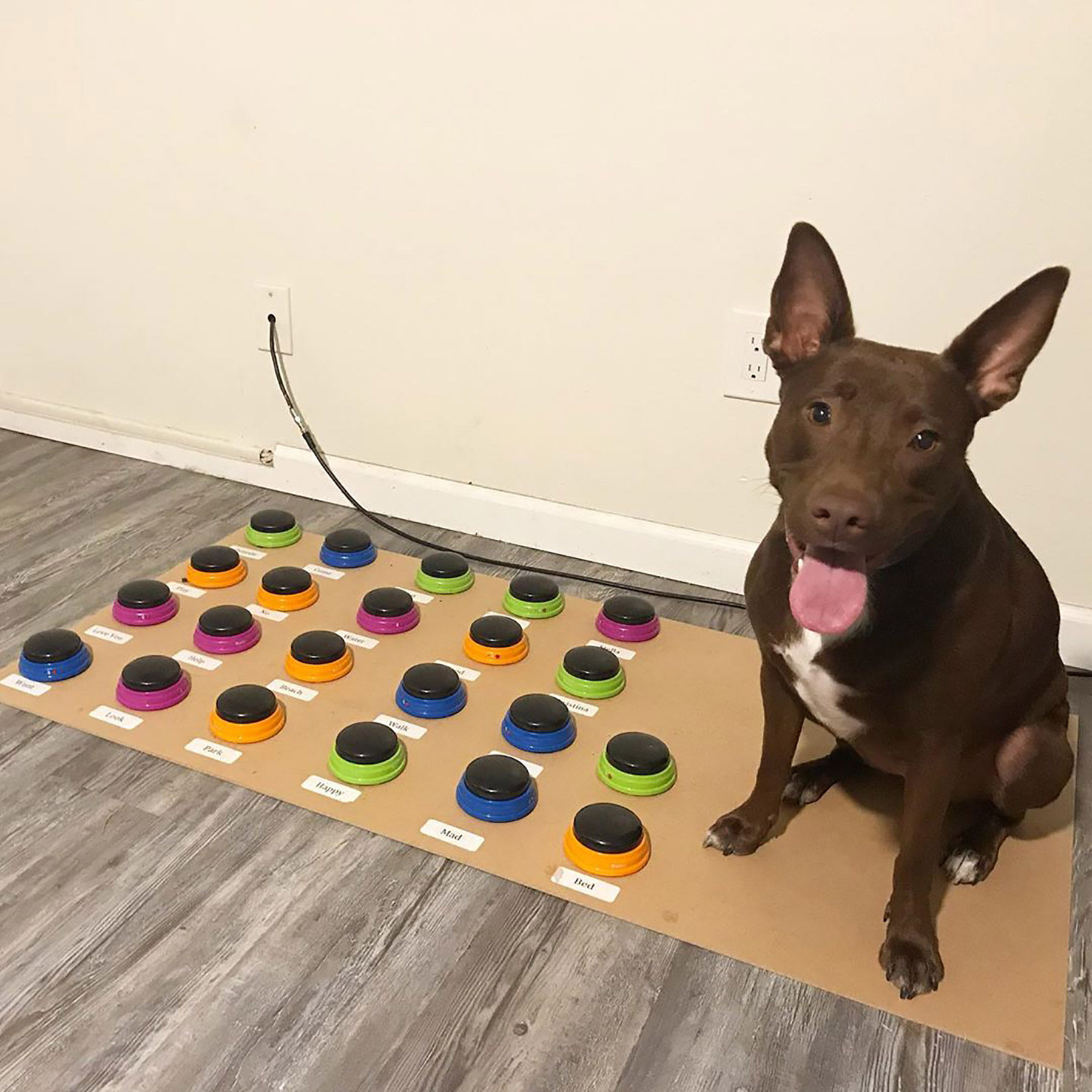 Have you heard about the dog who has learned to speak using a talking soundboard??!!

Her name is Stella. She’s 18 months old and her owner, Christina Hunger, is a speech-language pathologist. Christina says Stella has already learned 29 words and a few phrases! To let humans know what she’s thinking or feeling, Stella presses the buttons she wants with her paw.

One day, the [18-month-old] pup was whining at the front door and started pacing back and forth. Hunger assumed that she needed to go outside. Instead, Stella walked to her device and tapped out, “Want,” “Jake” “Come” then stood in front of the door until Hunger’s fiancé, Jake, came home a few minutes later and then Stella immediately pressed “Happy” and rolled over for a belly rub.

One Response to “There’s a DOG who has learned to communicate with people!!!”