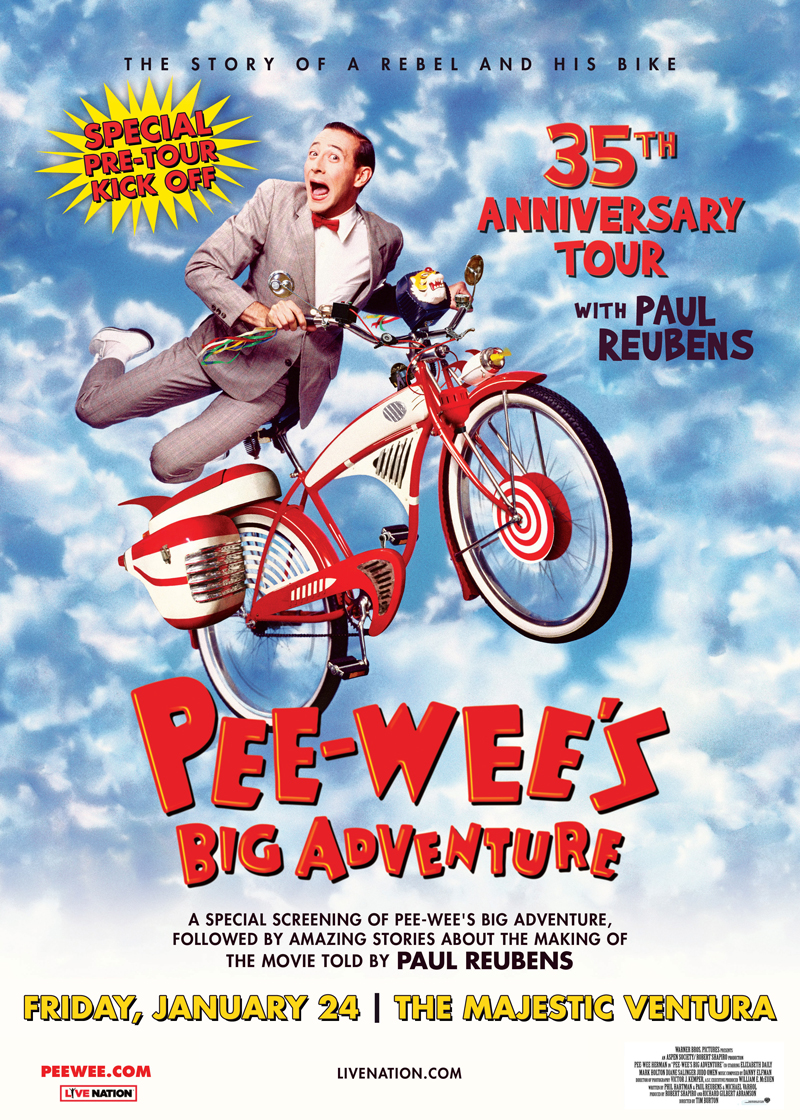 UPDATE: THE PRE-SALE CODE FOR THE VENTURA SHOW ONLY IS: ADVENTURE. THE ARTIST PRE-SALE IS ON NOW THROUGH FRIDAY MORNING — GET YOUR TICKETS!!

ANNOUNCEMENT: A Special Pre-Tour Kickoff show has been added to the Pee-wee’s Big Adventure 35th Anniversary Tour with Paul Reubens!  On January 24th, the tour will debut at The Majestic Ventura Theater in Ventura, California! What is the show?? For the 35th anniversary of Pee-wee’s Big Adventure, there will be a SPECIAL SCREENING OF THE MOVIE, followed by amazing stories about the making of the film by my super talented and debonair pal Paul Reubens (live! in person!)!!! Other dates and cities may still be available!