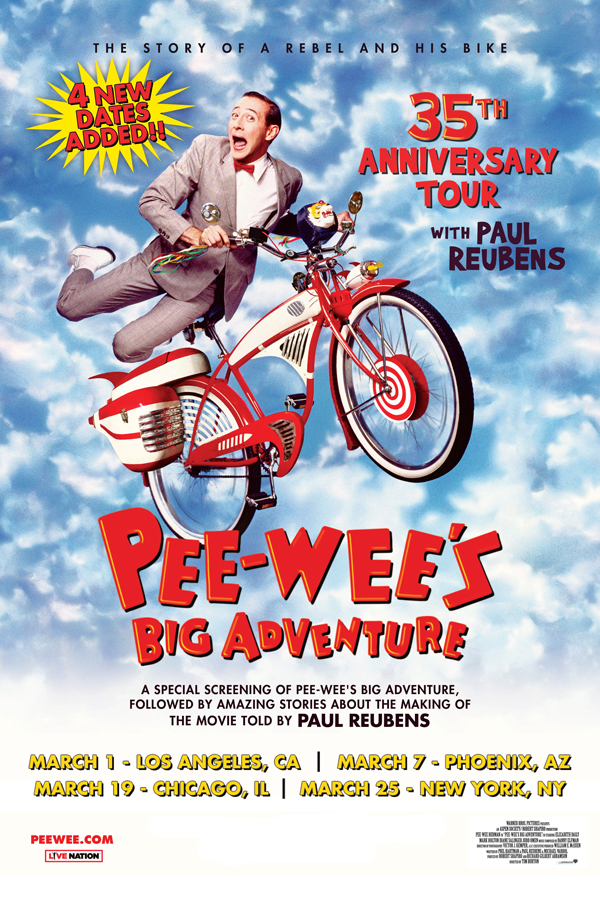 Thanks to a nearly SOLD OUT run of the Pee-wee’s Big Adventure 35th Anniversary Tour with Paul Reubens, FOUR new dates have been added!! Los Angeles, New York City, and Chicago get a SECOND show and PHOENIX gets its FIRST! There will be a special screening of “Pee-wee’s Big Adventure,” followed by Paul Reubens — LIVE, IN PERSON — sharing amazing stories about the making of the movie. Use the code REBEL to buy your pre-sale tickets NOW at tour.peewee.com!