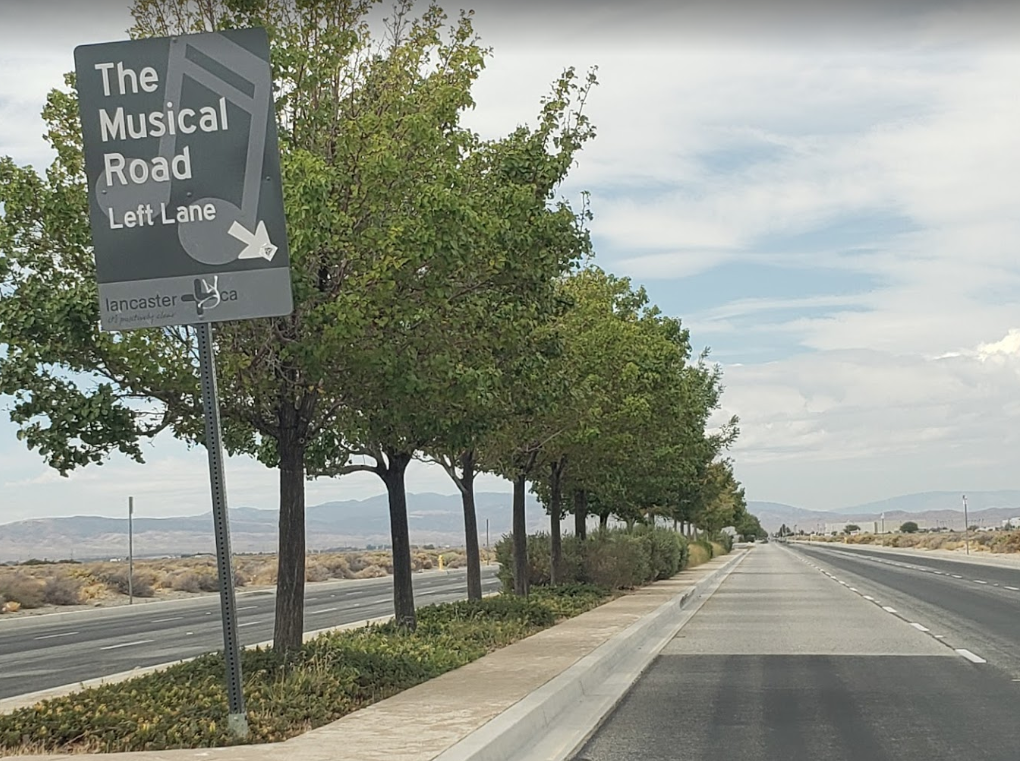 Today I learned that there are ROADS designed with special grooves to play MUSIC when you drive over them!! YES, SINGING ROADS!!!

There’s one in Lancaster, California that (sort of) plays the finale of the William Tell Overture, aka the Lone Ranger theme song. This musical road was originally built to replace an earlier one created in Lancaster for a Honda TV ad. After gaining international recognition, that first musical road became too popular and the noise bothered the neighboring community. PLUS, it was OUT of TUNE!!

So, they paved it over and built another one. Unfortunately, the new one is ALSO out of tune due to poor engineering! YouTuber Tom Scott explains what happened:

Now, there’s also one in New Mexico. It was built as a way to get drivers to slow down to 45 mph… because it “sings” “America the Beautiful” IN TUNE at that speed!

There’s one in Alabama, near Auburn University, that plays the first seven notes of “War Eagle,” the school’s fight song!

And these special musical rumble strips are not just in the USA… here’s two you can find on Japan roads!

There WAS one in the Netherlands but it closed because it was too noisy for the residents!!!

The one in Denmark, called the Asphaltophone, is the world’s first… created in 1995 as a musical instrument by two artists. They used Botts’ dots instead of grooved rumble strips!