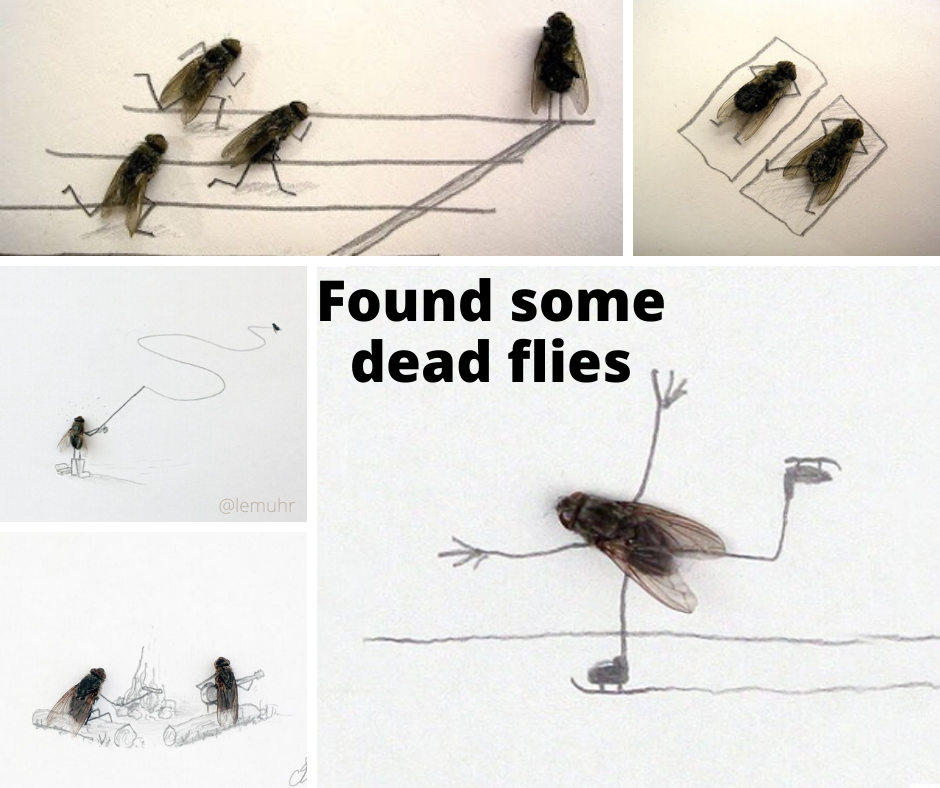 There’s a “quarantine” meme going around showing simple, but humorous, sketches made with dead flies. Maybe you’ve seen it?? It’s in all kinds of languages!! 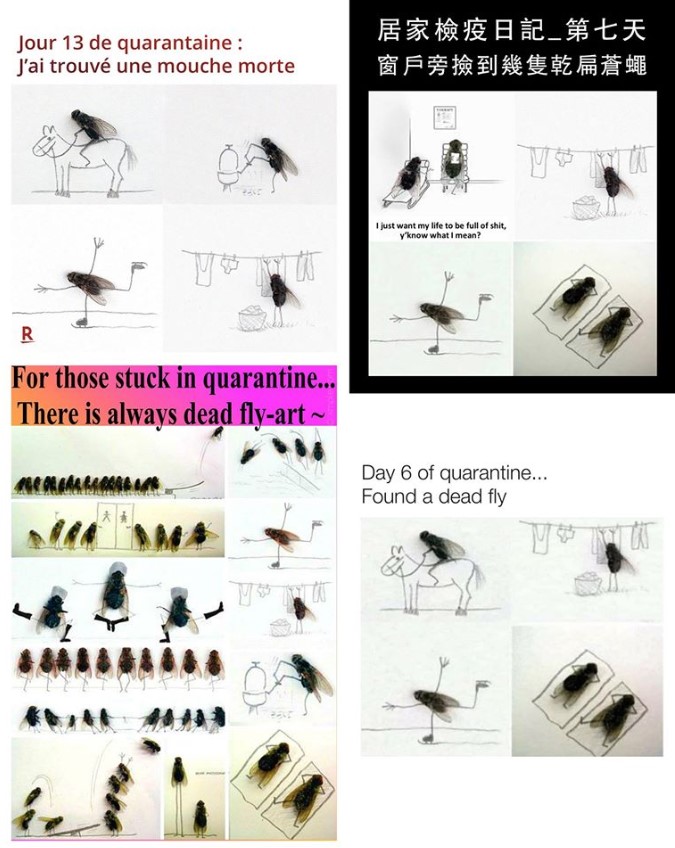 Well, the meme is new, of course, but I dug around a little and found out the work is from a few years ago — all created by Swedish Photographer Magnus Muhr:

His fly art series was created when he was bored at a party one summer evening and decided to go for a walk. He found a dead fly on the ground and immediately thought of the idea. When Muhr returned home, he searched his house for more dead flies and placed them on blank pieces of paper, using tiny tweezers to position them. With a pencil, he began to draw in the arms, legs, and backgrounds. The result was humorous poses of flies participating in every day human activities which he then photographed. Muhr never kills the flies he uses in his art, he collects them from various places around his house and other locations, keeping them in a little box until they are used as art.

When asked about his fly portraits Muhr states “I think they’ve become popular as they are very simple and don’t need any text, the language is international and the humour alludes to human feelings and activities. I really enjoy making the photos but it’s a very trying and fiddly job. It can take hours to make one picture with all the changes and corrections. I collect the flies from all over the place but I never kill them and they are not treated in any way.”

There’s even a book!