LOOK closely at the following photos… those aren’t flowers, they’re PEOPLE!! They’re the World-War-I-era work of Arthur Mole and John Thomas. Each of their patriotic-themed “living photographs” took THOUSANDS of soldiers, reservists, and nurses to create… and had to be taken from atop an 80-foot-high tower!! AND… they’re made from an anamorphic perspective:

…the images would not make much sense from overhead or on the ground, but only become intelligible at one particular vantage point — where Mole would be positioned atop his tower with his 11 x 14-inch view camera. This would make for some wonderful skewing of numbers, and itself, acts as a great example of perspective at work. The Statue of Liberty image, for example, required a total of 18,000 men: just 17 at the base but, more than half a mile away, 12,000 in the torch. Sadly it seems no one thought to fly a photographer overhead and capture what would have been a wonderfully skewed vision of Liberty, with enormous bulging torch and minuscule feet. 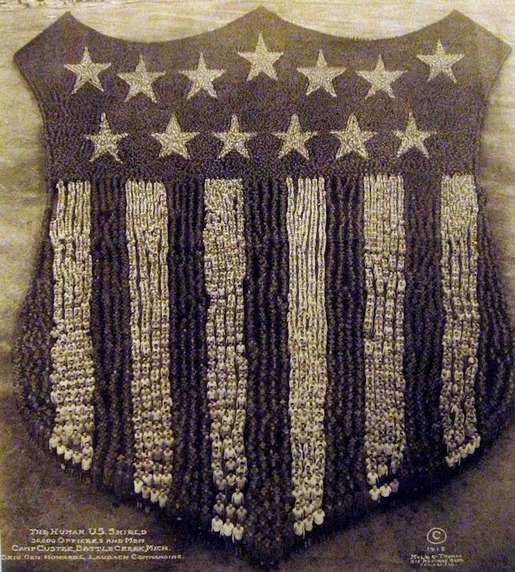 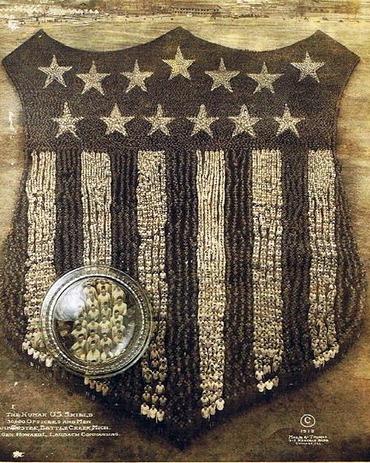 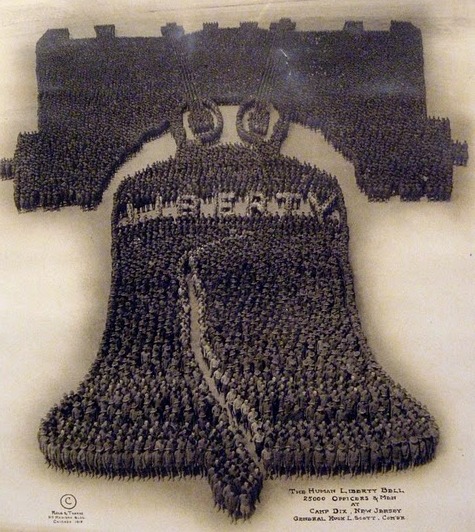 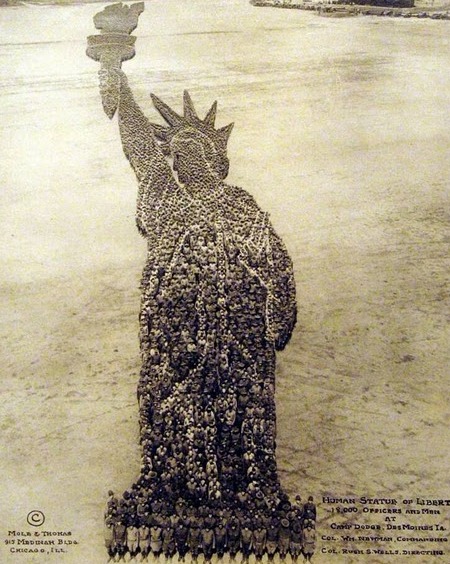 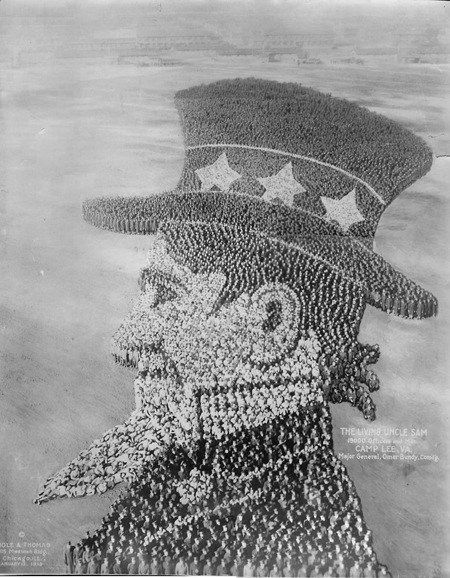 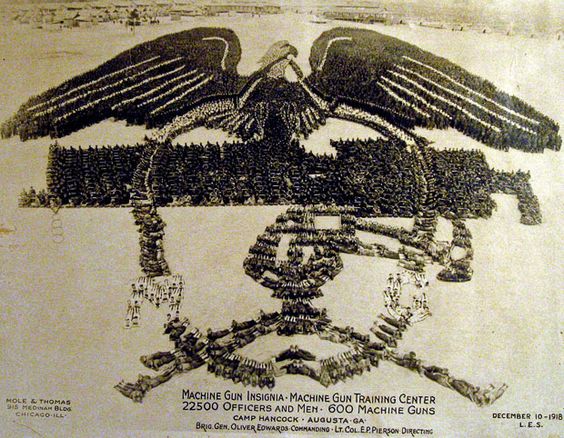 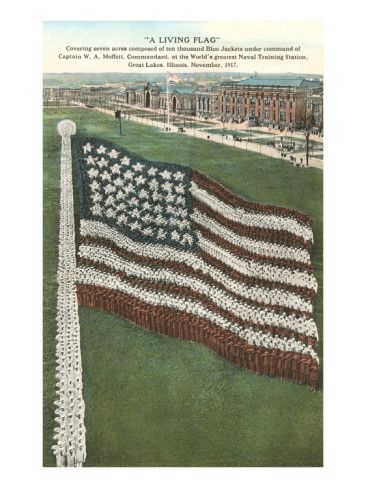 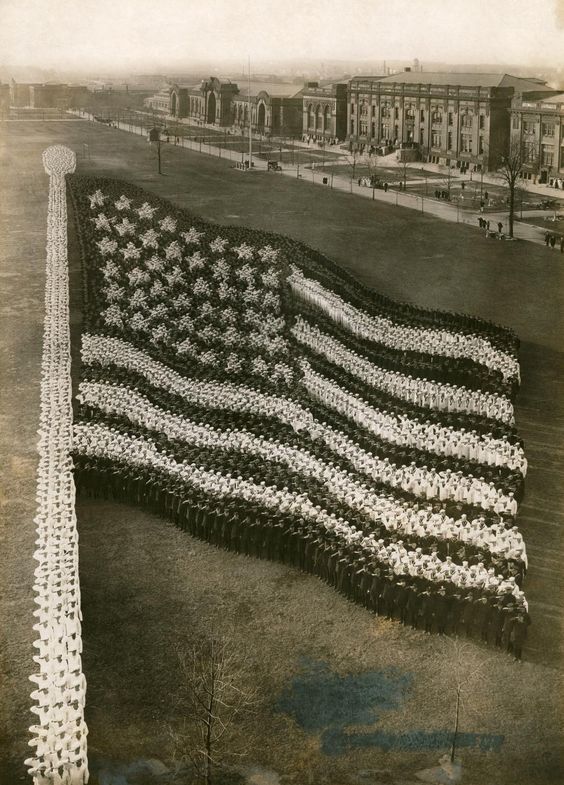