This is SO COOL!

Young people from Cleveland, Ohio’s Contemporary Youth Orchestra (CYO) will be performing the music from my latest film, Pee-wee’s Big Holiday, LIVE!! This Saturday, March 11th, this group of talented high schoolers will play the soundtrack accompanied by a screening of the film at Cleveland State University!

As you might remember, my friend Mark Mothersbaugh, co-founder of DEVO, composed the album’s awesome score! It’s really great!* 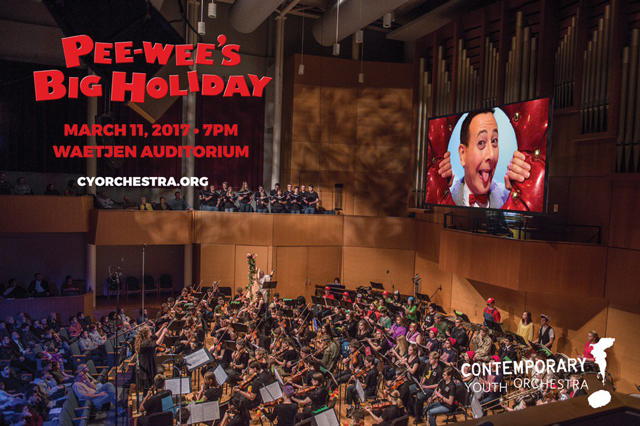 Get your tickets NOW!

If you can’t make the show in person, be sure to pick up the soundtrack on CD or VINYL PICTURE DISC!

*If you’re a longtime fan of mine, you probably remember that he also created music for my TV show, Pee-wee’s Playhouse!