So, as you may have seen, the new (Steven Soderbergh-directed!) murder-mystery series I’m in called Mosaic premieres tonight on HBO (8 PM ET).  I thought you might be interested in seeing some of my behind-the-scenes photos from the shoot.

Also, I want say that I’m a huge Steven Soderbergh fan and that working on the series was an absolutely amazing experience!

It was filmed in the mountaintop ski town of Park City, Utah and its surrounding areas.  Prior to arriving in Utah, I didn’t know much about Mormons. Many of the atmosphere people (the ‘extras’) and some of the local crew were Mormon, so I got to learn more about them. They answered a lot of questions for me which was really cool.

On one of my days off I even took a tour of Salt Lake City and was able to check out many of the church’s landmarks.

Here are some of my personal photos from the shoot… Enjoy! 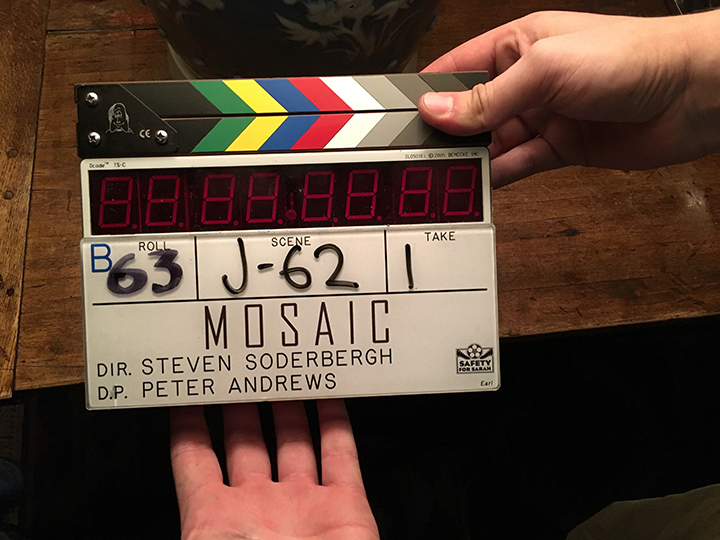 Like I mentioned, many of the filming locations were in the areas surrounding Park City, Utah. We filmed Mosaic at two different times—first in the fall, when there was no snow. Then, we came back when it was much colder, and everything was covered in snow. 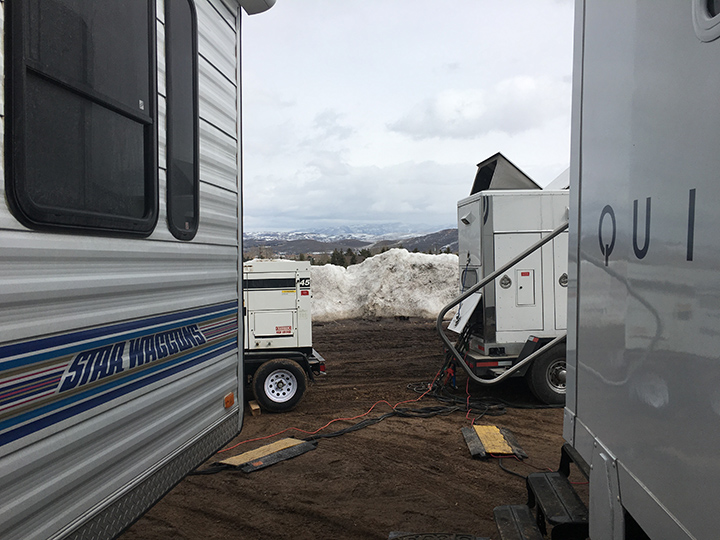 This is what it’s like to shoot in the snow (brrr!): 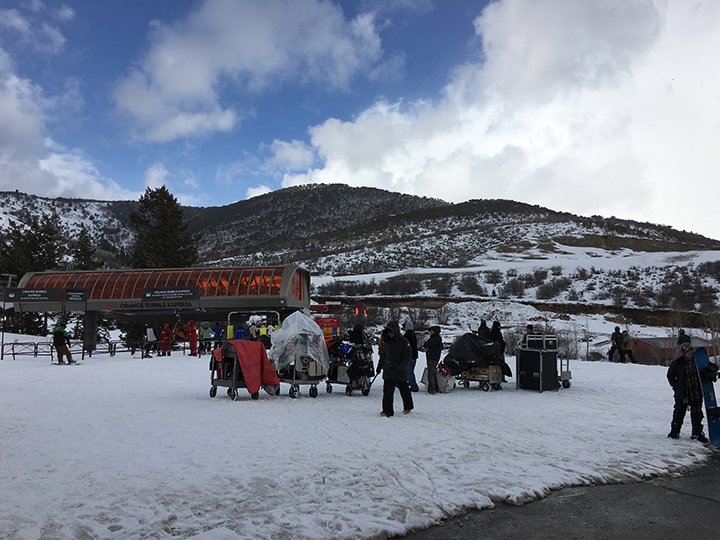 During the filming, the cast and crew stayed at a hotel that reminded me of the one from The Shining. 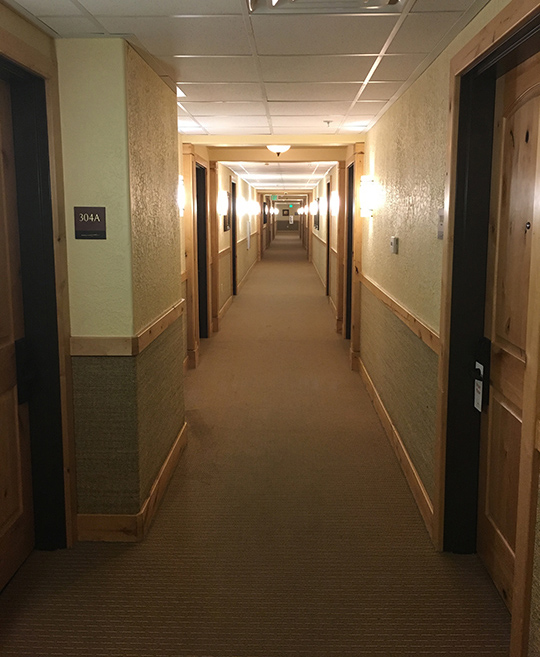 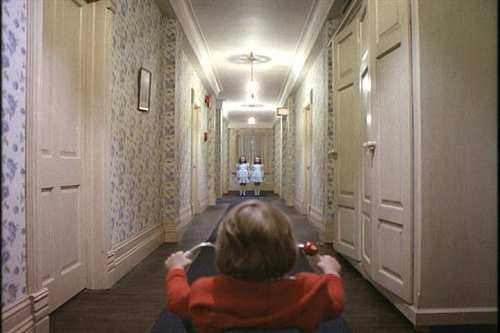 Here’s me with Sharon Stone. She plays Olivia Lake (spoiler alert: she’s the character who gets murdered). Notice how bundled up we are! It really was cold. 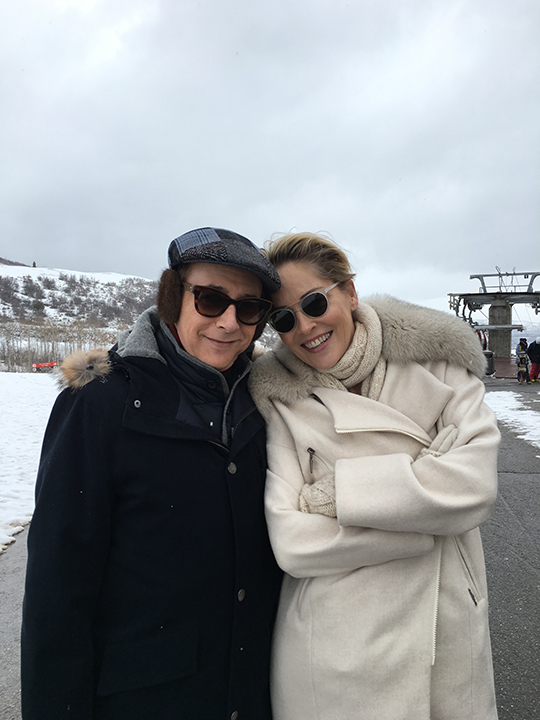 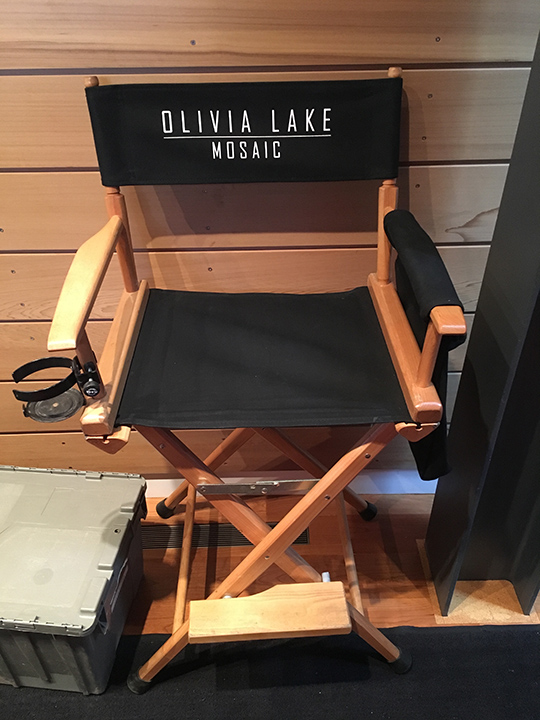 Ok, this is me on set with the lovely and talented Jennifer Ferrin who plays Petra Neill: 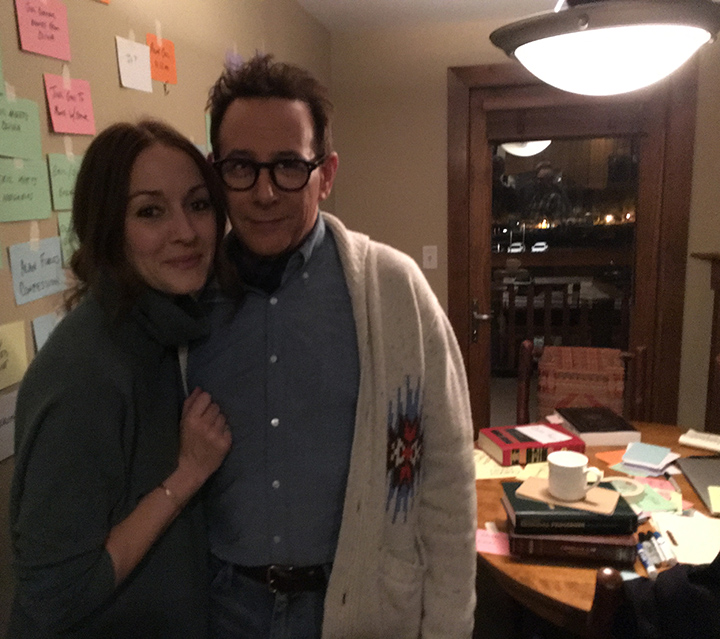 And this is the house of Olivia Lake (again, played by Sharon Stone), which was a truly beautiful place to work in: 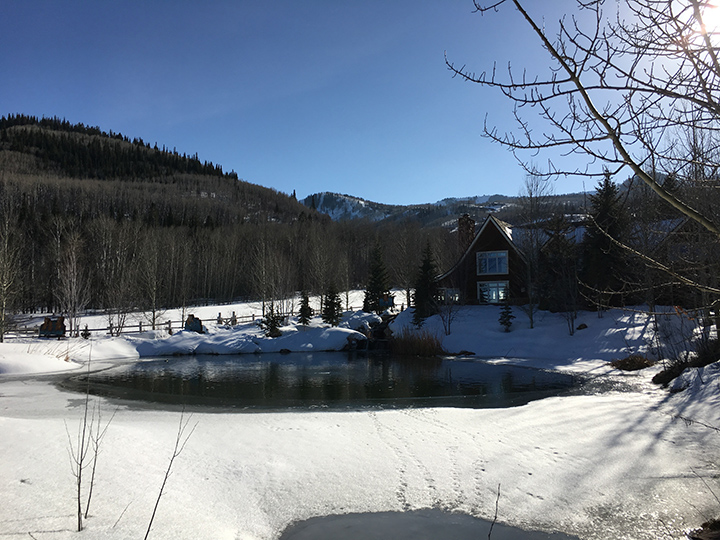 Here’s Olivia in her kitchen during the shoot. Wonder what’s cooking…? 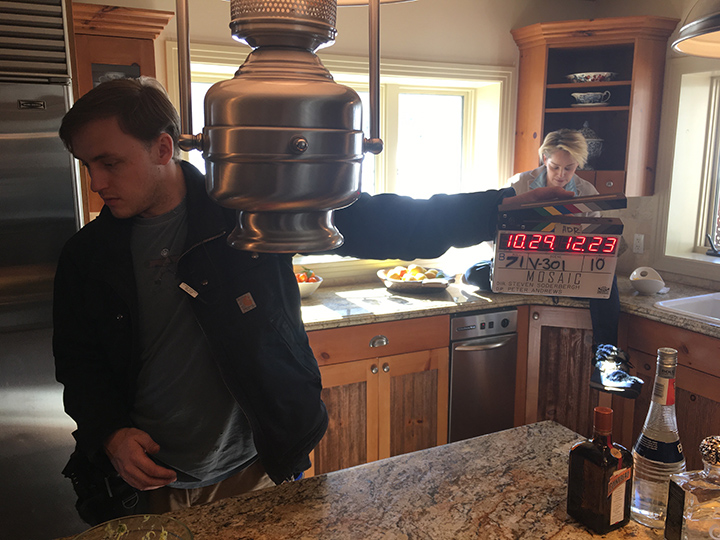 This is when we were filming the Christmas dinner scene. Notice my script on the floor, that’s so I could refer to my lines every 10 seconds: 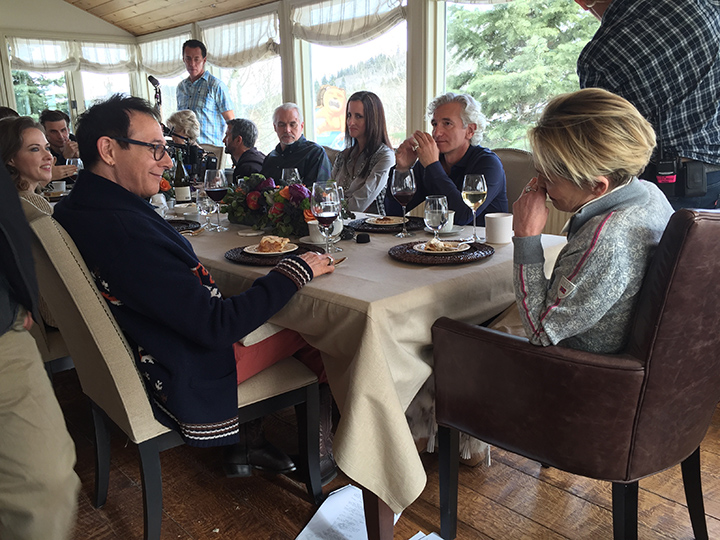 What is up with that painting on the wall? Is that art?! Forget it… pay attention to my turquoise ring! 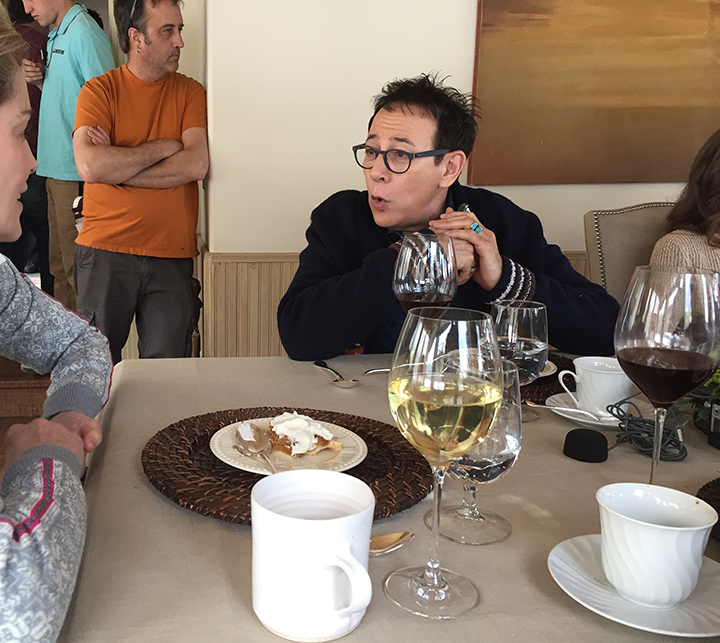 Over my shoulder is Ed Solomon, the writer of Mosaic. He appears in a cameo as my character’s partner: 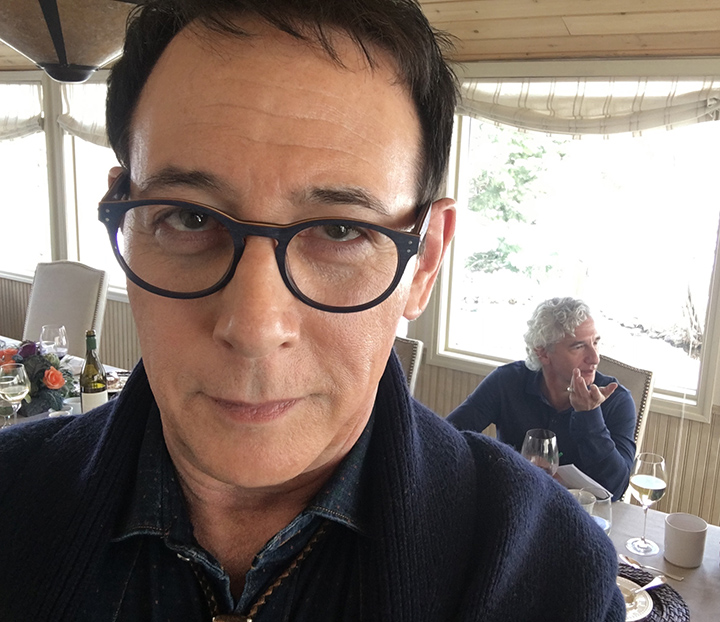 Can we talk about my costumes? I think you’ll agree that I got to wear some seriously great ones… 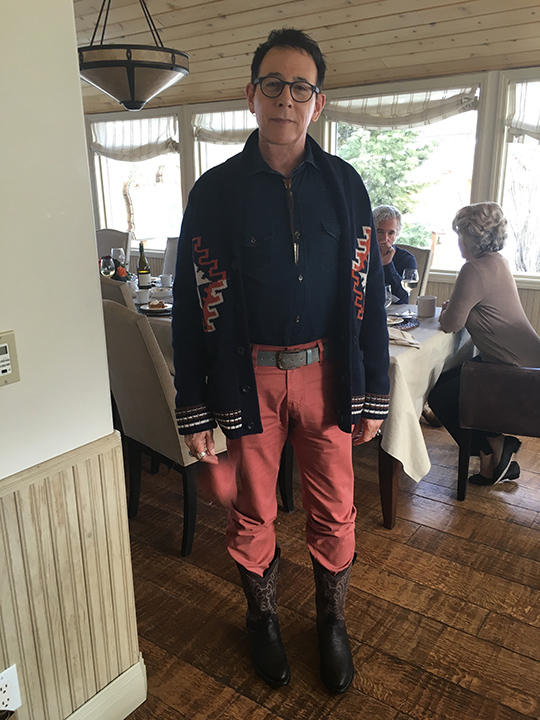 Big boots. You know what they say… 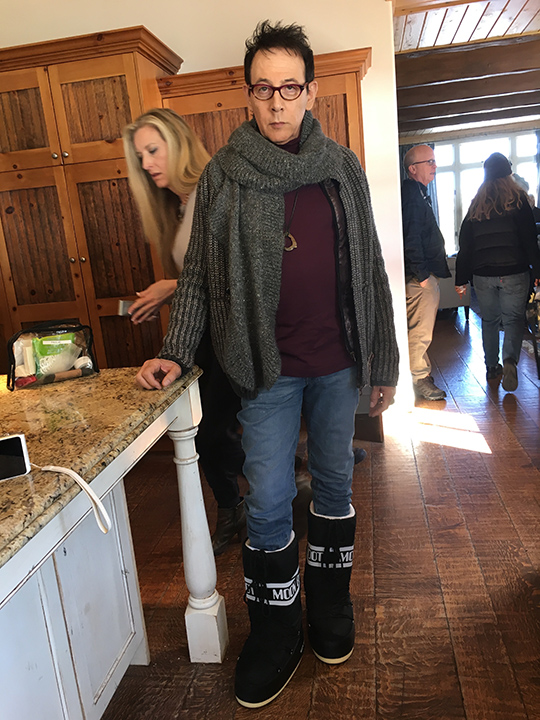 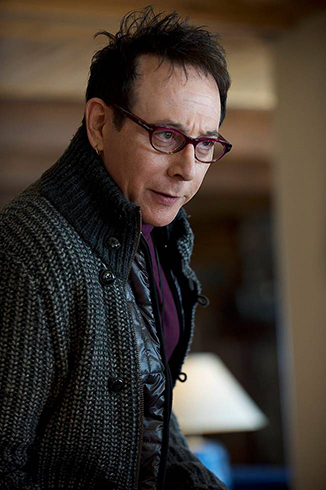 So many great cardigans! 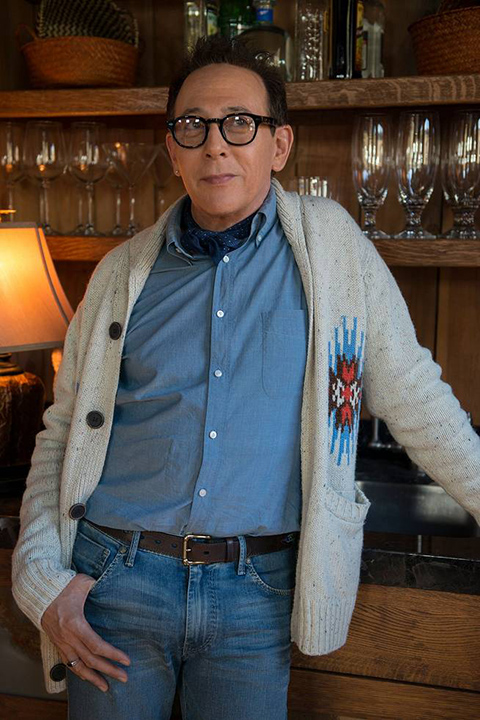 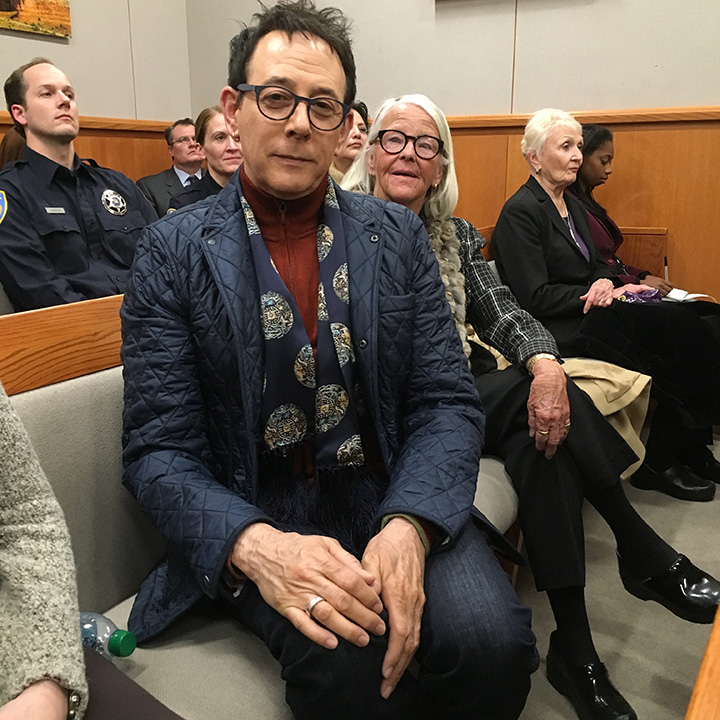 That’s it! Hope you enjoyed my insider’s look at the set of Mosaic AND that you’ll give it a watch!

If you don’t have HBO, you can see the six-part series on the special Mosaic app! It’s free to download for both Apple and Android phones. You can also view it on your computer. Both the app and the computer experience give you an opportunity to “choose your own path.”  It’s a really neat new way to tell stories digitally. You can read more about that here.

Oh yeah, and here’s the trailer: 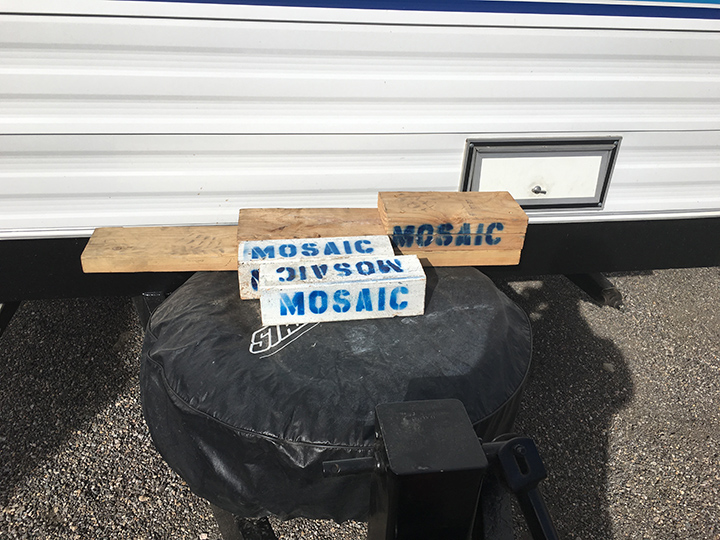