Remember those vintage Taco Bell photos I posted last week for National Taco Day? Well, my pal Brian Linek sent me THIS photo after seeing them. Behind that black plastic wrapping is the ORIGINAL Taco Bell!! It was saved and relocated to Taco Bell HQ in 2015! 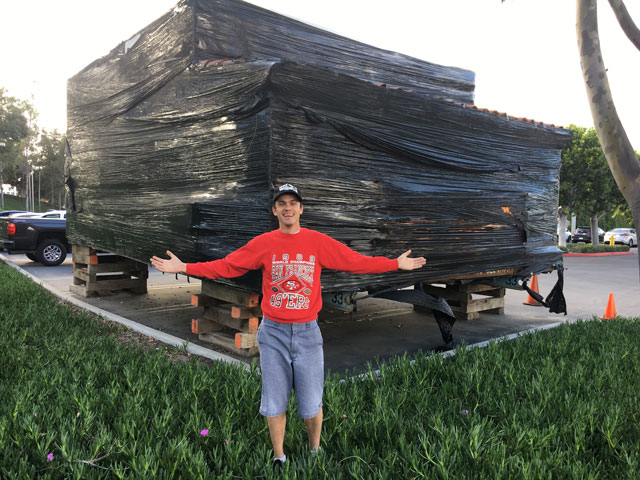 It was quite an ordeal to move the historical building, dubbed “Numero Uno,” from its original location in Downey, CA to Taco Bell headquarters in Irvine, CA… watch: 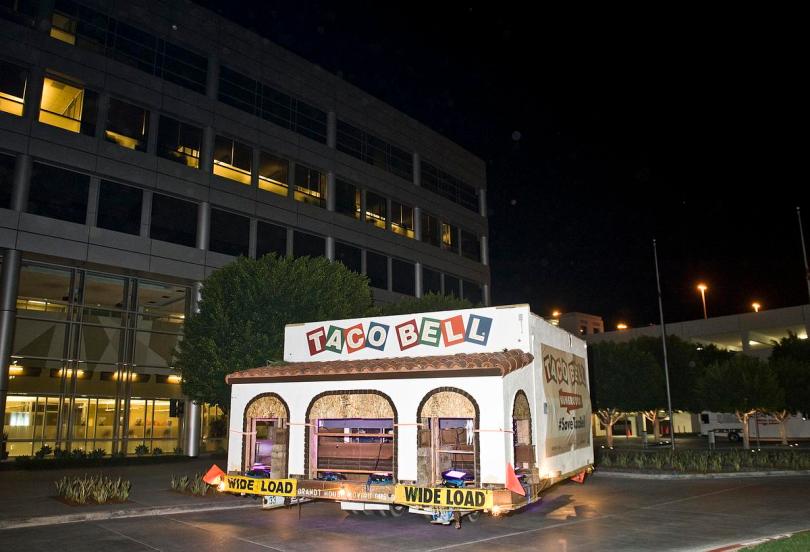 image via The OCR

“This is arguably the most important restaurant in our company’s history,” Taco Bell Corp. CEO Brian Niccol said. “To think a business like ours that spans 6,000 restaurants around the globe started with a walk-up window no bigger than a two-car garage is truly inspirational. When we heard about the chance of it being demolished, we had to step in. We owe that to our fans, we owe that to (company founder) Glen Bell.” The stand at 7112 Firestone Blvd. opened in 1962, anchoring a “Mexican- inspired” center. Its opening marked a shift in the burger-dominated fast-food world. As Niccol said, the stand brought “Mexican-inspired food to the masses.” The eatery closed in 1986 as the chain grew with fancier locations outfitted with drive-thru windows. It re-opened as a series of other restaurants but has been vacant since December. The property was scheduled to be redeveloped, meaning “Numero Uno” was going to be razed. A social media campaign to save the building ensued. The conservation group We Are The Next coordinated with the company to arrange for the building to be moved. “This building isn’t designed by a famous architect, and it’s not particularly beautiful in the conventional sense. But it does demonstrate how even the most ordinary buildings can tell tremendous stories,” said Katie Rispoli, executive director of We Are The Next. “By saving and conserving structures like the first Taco Bell in Downey, we hope to set a precedent and demonstrate the great power that can come from unexpected histories in seemingly ordinary places.”